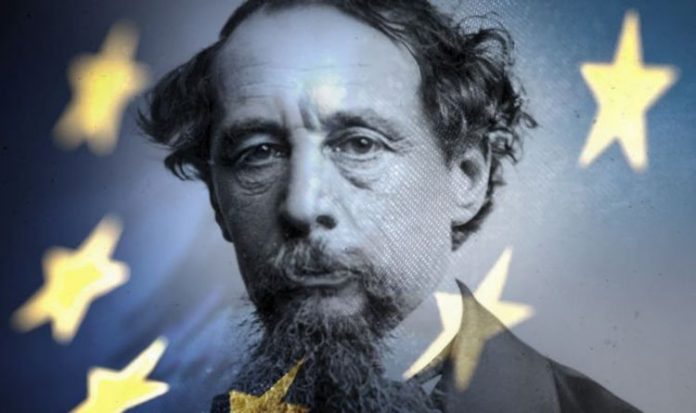 Prime Minister Boris Johnson and EU advisor David Frost appear to be at loggerheads with the bloc’s chief negotiator Michel Barnier in Brexit talks. This stalemate comes four years after Britons decisively voted Leave in the 2016 EU referendum in a move that clearly upset the status quo. Ever since, various attempts to thwart Britain’s exit from Brussels have materialised – most notably with calls for a so-called People’s Vote but also in the 2019 general election when the Liberal Democrats campaigned to revoke Article 50.

After the referendum, both Labour and the Conservatives campaigned on Leave platforms in the 2017 general election and earned over 80 percent of the popular vote.

In 2019, as the electorate grew increasingly frustrated at the lack of progress being made in Britain’s withdrawal, Nigel Farage’s newly-formed Brexit Party won the European Parliament elections convincingly with 29 seats and 30.5 percent of the vote.

Mr Johnson won a historic 80-seat majority while Labour’s Brexit fudge under Jeremy Corbyn reduced the party to its worst electoral result since 1935.

Yet, still, even after Britain’s exit from the EU on January 31, some on the Remain side are struggling to accept reality.

Rather than a strict Leave vs Remain argument, the old battle lines have moved to the nature of Britain’s withdrawal and many Europhiles hope to one day rejoin the bloc.

Lord Andrew Adonis, for instance, not only called for Britain to rejoin the EU last week but also argued in favour of signing up for the euro.

The argument, it seems, is far from over.

READ MORE: France’s ‘desire to use Brexit to weaken City of London’ exposed

David Frost on his way to Brexit talks in London this month (Image: GETTY)

One particularly astonishing claim from the Remain side came when Charles Dickens – who passed away 150 years ago – was touted as someone who would back their cause.

Dickens lived in the Victorian era and created some of the world’s best-known fictional characters.

He is widely regarded as being among not only Britain’s but the world’s finest ever writers and perhaps only sits behind William Shakespeare in the pantheon of iconic literary figures.

However, upon his death there was no air travel, neither World War had broken out, Italy was barely a nation state, imperialism was rampant and the telephone was still a far-fetched idea.

We don’t know what Dickens would have thought of the Internet, for example, but that didn’t stop pro-EU publication The New European suggesting he would be anti-Brexit.

Author Lucinda Hawksley wrote: “Comparisons can be made – and sad parallels drawn – between how Charles Dickens’ career could have suffered in a post-Brexit Britain.

“Dickens was living at a time when he enjoyed free movement between European countries, he was able to move his family to another country and work there with ease.

“Much of the richness of Dickens’ writing – and his life experience – would have suffered from the isolation policy that Britain’s political leaders seem determined to enforce in 2019.”

People’s Vote marches were the epitome of the Remain cause before the 2019 election (Image: GETTY)

Charles Dickens is one of the world’s most influential writers (Image: GETTY)

Ms Hawksley does note that “obviously, when Dickens was alive, the EU was many decades away from being formed, and when he lived in Genoa, the country we call Italy was not yet unified”.

Yet her fundamental point is that Dickens was a man of Europe, who travelled the continent at length and these travels inspired many of his works.

The strong implication is that Dickens would be pro-EU and anti-Brexit.

It is not the first time a literary figure from the past has been cited as a Remainer-in-waiting, though.

In April, author Charlie Connelly claimed William Shakespeare would back the politics of Remain today.

This time the claim is even more astonishing as Shakespeare died over 400 years ago.

Indeed, the Bard lived in the Elizabethan age – a time when England and Scotland were separate kingdoms, public executions were common and Australia was as yet undiscovered.

Mr Connelly reflected on recent productions of Shakespeare’s plays such as ‘A Midsummer Night’s Dream’ and ‘The Merry Wives of Windsor’ as they “contained enough anti-Brexit asides to recruit the Bard firmly to the Remain cause”.

Mr Connelly continued: “And a Remainer he would certainly have been.

“The companies of the day earned as much of their corn touring abroad as they did treading the boards at home.

“There are frustratingly large gaps in what we know of Shakespeare’s life, long periods in which we have no idea where he was or what he was doing.

“It’s likely that, certainly in his younger days, he spent chunks of that time trundling around the continent with a bunch of other actors in a cart loaded with props, costumes and bits of scenery.”

Like Ms Hawksley, he dwelled on “how Europe inspired Shakespeare” as he pointed out that one of his most famous works, Hamlet, was partly inspired by Denmark’s Kronborg Castle.

Mr Connelly added: “The roster of Hamlets reminds us of better times, of European integration and the ability we take for granted to wander across continents.”

Mr Connelly and Ms Hawksley are not the first, nor will they be the last to use figures from history to score points in the debates of today.

For years Remainers and Leavers have squabbled over Winston Churchill’s Brexit stance, for example.

While Remainers point out his “United States of Europe” speech and call him the father of the bloc, Leavers highlight his insistence that Britain was a seafaring nation and said “we are with them but not of them” while referring to Europe.