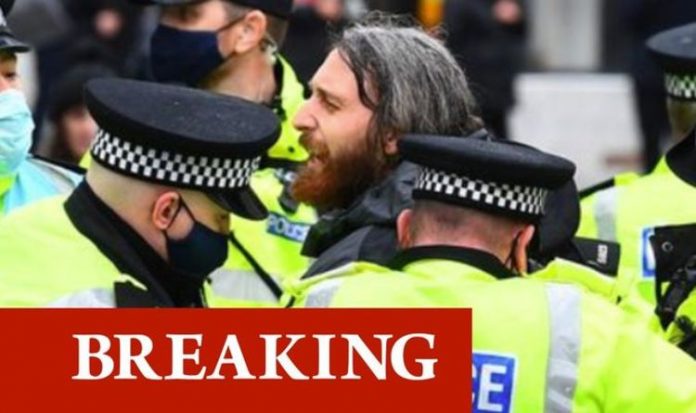 Those who were arrested chanted “freedom” and clashed with the police. They were protesting against the Government’s current lockdown restrictions. Police used pepper spray as the protestors fought with officers on the ground.

The crowds dismissed the current social distancing rules as they gathered en masse in the pouring rain.

The protest began at 1 pm in Liverpool and saw 100 people gathered on Church Street.

This led to more than a dozen arrests in Liverpool alone, Merseyside Police confirmed.

There were also protests on the streets of Bournemouth and Basildon

On the south coast, activists marched through the seaside town of Bournemouth.

They held up placards reading “freedom” and “the pandemic is over”.

Today in the UK there were 391 new hospital deaths.

This was the largest increase since May.