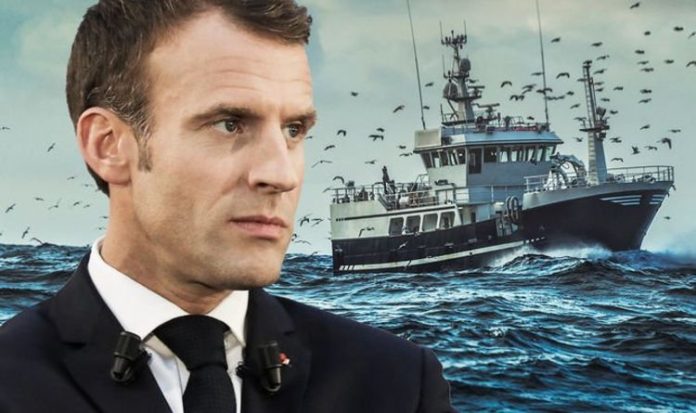 Brexit trade talks have made little progress with the end of the transition period in December right around the corner. EU negotiator Michel Barnier has told the UK it must open up its fishing grounds to the bloc’s vessels if Britain is to keep access to European markets. This, as well as demands on state aid and other regulation, has led to deadlock between Brussels and London, making a no deal scenario more likely. In April this year, BBC Hardtalk spoke to James Stephen, a Scottish fisherman from Peterhead.

He urged the Government to ensure that control of British waters is taken back.

“We have to manage and control the effort in the UK otherwise I can see our industry being finished.

“They have a right and entitlement to also fish in our waters, but we should get a favourable share.

“We were done a terrible injustice in 1972 when Ted Heath took us into the European Union, we were sold down the river.

“All we are asking, is that injustice is reversed.”

Mr Stephen added that he would like to see the UK’s quota of 35 percent of fishing stocks doubled.

He said: “I’d like to see a bigger share of the stock, we only take 35 percent at the moment, I’d at least like to see that doubled.

But the Scottish fishermen responded: “I don’t care, take a look around this coast, there used to be 450 boats at least, now there are only just over 100.

“We have seen our coastal communities decimated, all we are asking is that we get some of it back.”

READ MORE: Johnson has to make ‘painful concessions’ for US trade deal

In the same documentary, Mr Sackur met with fishing figures from France.

He told Mr Sackur: “We are in a tough negotiation, and yes fishing is the first dossier on the table and unfortunately it’s not possible for the French to give up like that.

“We know that the fishermen, their reaction is going to blockade in the ports here in Boulogne and probably in Calais which means that will affect the other side of the industry.”