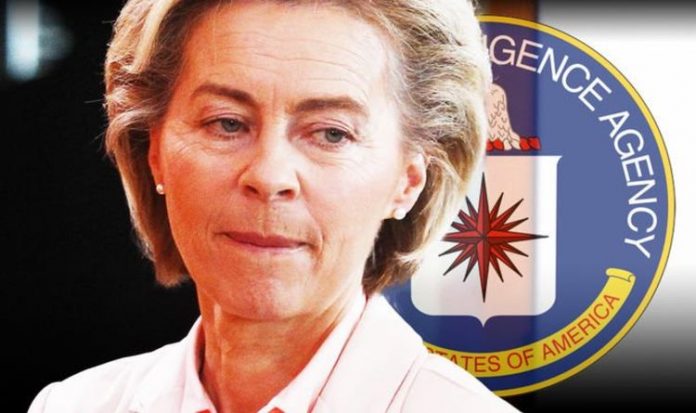 As soon as Britain left the EU on January 31, it immediately started negotiating trade deals with other countries. The European Union – which accounts for about half of the United Kingdom’s trade – along with the United States were the government’s top priority for securing new deals. Britons have long cherished the “special relationship” between London and Washington, and many pro-Brexit voices, including campaigner Nigel Farage and Prime Minister Boris Johnson, have suggested that leaving the EU will help strengthen transatlantic ties.

US President Donald Trump has often signalled his support for Britain’s withdrawal from the bloc and even told former Prime Minister Theresa May she should have sued the bloc instead of negotiating with them back in 2019.

Now that Democrat Joe Biden has won the US election, things could get a bit more complicated for Britain once he moves into the White House.

Nevertheless, some EU politicians are said to be unsure that the former Vice President will fully reverse some of Mr Trump’s policies.

For example, German centre-right MEP David McAllister believes Mr Biden will continue to make demands on EU nations to spend more on defence to keep NATO together, but will “probably only present them differently in tone and style”.

According to declassified American government documents, the US and the EU did enjoy a very good relationship when the bloc was first created in the Fifties, though – so much that the first calls for a federal Europe came from Washington.

In a 2000 report, journalist Ambrose Evans-Pritchard uncovered a shocking secret plot, which saw US spies directly funding the European project.

The documents, found by Joshua Paul, a researcher at Georgetown University in Washington, revealed an extensive network of people in the US intelligence community worked aggressively to establish a European power.

They also “confirm suspicions voiced at the time that America was pushing Britain into a European state”.

For example, one paper, dated July 25, 1950, gives instruction for a campaign to promote a fully fledged European Parliament.

It was signed by Gen William J Donovan, head of the American wartime Office of Strategic Services, the CIA’s precursor.

Mr Pritchard’s report claims that Washington’s main tool for shaping the European agenda was the American Committee for a United Europe (ACUE).

It was created in 1948 and with Mr Donovan as chairman.

The vice-chairman was reportedly Allen Dulles, the CIA director in the Fifties and the board included Walter Bedell Smith, the CIA’s first director, and a roster of ex-OSS figures and officials who moved in and out of the CIA.

The Daily Telegraph report reads: “The documents show that ACUE financed the European Movement, the most important federalist organisation in the post-war years. In 1958, for example, it provided 53.5 percent of the movement’s funds.

“The European Youth Campaign, an arm of the European Movement, was wholly funded and controlled by Washington.

“The Belgian director, Baron Boel, received monthly payments into a special account. When the head of the European Movement, Polish-born Joseph Retinger, bridled at this degree of American control and tried to raise money in Europe, he was quickly reprimanded.”

Moreover, the report adds that the Fathers of Europe – Robert Schuman and the former Belgian Prime Minister Paul-Henri Spaak – were all treated as “hired hands” by the US Government.

In an exclusive interview with Express.co.uk, Ukip founder Alan Sked added: “It was all true.

“They were pouring lots and lots of money into Europe.

“They did it through the council for foreign relations, which was some sort of CIA.

“And there was a body called Americans for the United States of Europe.

He noted: “After the war, they thought Churchill would lead the charge for a federal United States of Europe.

“But he wasn’t interested in it, or at least he didn’t want Britain to be part of it.”

Mr Sked’s comments not only shed more light on how the European Economic Community (EEC) – the precursor to the EU – was created, but also suggest that bringing about a United States of Europe had always been the original plan.

Britain joined the bloc in 1973 under former Prime Minister Edward Heath, on the basis the EEC would have constituted just a “common market” without any political implications.

Two years before, a White Paper had been sent to every home in the UK, promising: “There is no question of Britain losing essential sovereignty.”

Then, in a television broadcast to mark his signing of the Treaty of Rome, Mr Heath went even further.

He said: “There are some in this country who fear that in going into Europe, we shall in some way sacrifice independence and sovereignty.

“These fears, I need hardly say, are completely unjustified.”