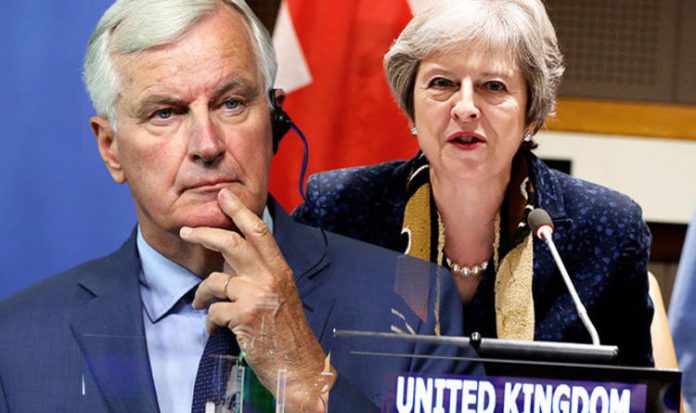 Extending the Article 50 timeline could be essential to secure Britain’s future, according to experts from Scotland’s Fraser of Allander Institute.

Such a move has been ruled out by Theresa May.

Britain is due to leave the bloc on March 29 next year and both sides fear time is running out to strike a deal on a future relationship.

Institute director Professor Graeme Roy said: “Whether you agree or disagree with the decision to leave the EU – and irrespective of the nature of the final settlement – it is essential that we have an orderly transition.

“To enable firms to prepare and develop contingency plans it is vital that a deal is reached. Should this require more time to negotiate a workable solution, then so be it.

“Extending the Article 50 negotiation period – but maintaining the same transition timescale to 2020 – may be unpalatable for some but could be essential to protect jobs and livelihoods.”

The report was published less than a week after Scottish First Minister Nicola Sturgeon insisted extending the timetable for Brexit negotiations must remain on the table if the UK is to “avoid an economic cliff edge”.

A UK Government spokesman said: “Our White Paper outlined our vision for a principled and pragmatic plan which will ensure that all of the UK, including Scotland, is well placed to capitalise on the opportunities of Brexit.

“We firmly believe it is in the interests of both the EU and the UK to strike a mutually beneficial deal. That remains the goal on both sides and we are confident that this will be achieved.”

Shadow justice secretary Richard Burgon said Labour’s policy remained that “we accept and respect the outcome of the referendum”.

Asked on LBC radio about Sir Keir Starmer leaving open the door to a second poll, he said: “Who knows where history is going to go?”

He added: “The Labour Party isn’t calling for a second referendum.

“Labour has our own vision of Brexit, respecting, accepting the outcome of the referendum.”

Labour Brexiteer Graham Stringer warned there could be “real electoral peril” if the EU referendum result was not implemented.

“I think there is real electoral peril if we start going back on that commitment, not just not from many Labour Leave voters and people who voted Labour in the past and voted Leave, but there’s also a respect for democracy amongst people who voted Remain who just respect the decision and want us to get on to it because all the major party leaders gave a commitment that the referendum would be implemented.”

Asked if he would back the Prime Minister if she secured a deal, he said: “It depends entirely what the deal is.

“If she continues with the nonsense of Chequers, no, I would vote against that.

“If it meets the Labour Party’s manifesto commitments and the expectations of the referendum, I’m a democrat, I would respect that referendum decision.”

EU leaders have rejected Theresa May’s proposals for post-Brexit trade, standing firm on their position that the plan would undermine the single market.

”Any decision that gives European citizens the impression that you can leave the European Union and keep all the advantages would be suicidal.”

7am update: Thinktank urges May to extend Brexit timeline

Scotland’s Fraser of Allander Institute has warned extending the Brexit timeline could be essential for the UK’s future prosperity.

It said jobs and livelihoods could be a risk in the event of a no-deal scenario and urged the Government to push back the Article 50 deadline for leaving the bloc.