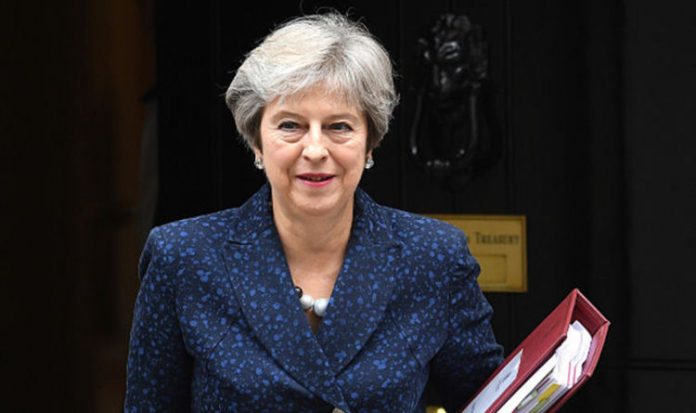 EU chief negotiator Michel Barnier issued the stark warning to Mrs May as D-day for a final Brexit deal with the bloc draws ever closer.

The cabinet minister urged fellow Brexteers to get behind Mrs May’s Chequers plan by arguing that it could always be changed after Brexit, adding the blueprint was “the right one for now”.

The Brexiteer’s comments suggest the Prime Minister could face a leadership battle at the lingering Conservative Party Conference on September 30, where, if she was ousted, she could be replaced by contenders Boris Johnson, Mr Gove, Home Secretary Sajid Javid and even Foreign Secretary Jeremy Hunt.

According to the Times, Mr Barnier is demanding “credible” reassurances Mrs May’s deal will not be unpicked when she is replaced.

This means if Brexit bulldogs Mr Johnson and Mr Gove wish to take the lead on Brexit, they have just one chance to topple Mrs May at the crunch conference in 12 days time.

The tensions over the final Brexit deal come after Brussels further ruffled the feathers of Brexiteers.

The Guardian reported that an EU diplomat told them the UK would have to bend more when it came to who got the better end of the deal.

The source also hinted that this would happen during Britain’s “darkest hour”.

This came after EU council president Donald Tusk today warned a no-deal Brexit was very much still “quite possible” and urged both sides to “avoid a catastrophe”.

Added to that, Mr Barnier’s deputy Sabine Weyand cautioned that Britain’s unwritten constitution could mean complications for the EU post-Brexit.

She said in a note: “The commission said to be careful because it was not clear what ‘miracles’ UK constitutional law could allow.

“It would be possible that [the EU] accepted painful compromises to avoid a failure and then the UK would want to continue negotiating because suddenly it’s possible again.”