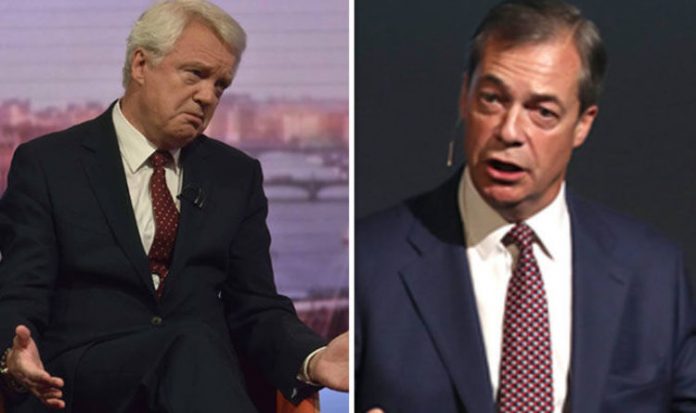 The former Brexit secretary, who walked out of Theresa May’s Cabinet in protest at her Chequers plan in July, said he was taking part in the rally in Bolton “to ensure Brexit is delivered and democracy upheld”.

Also taking part in the event on September 22, the eve of Labour’s annual conference, is the party’s Leave-backing MP Kate Hoey, who rebelled to back the Prime Minister in a crunch Brexit vote in Westminster in July.

The Bolton rally is the first of a series of high-profile Leave Means Leave events as the battle hots up over the Brexit deal, including what the group said would be a “major” rally at the Conservative conference in Birmingham on September 30.

Mrs May hopes to secure agreement on her package – which would keep the UK in a free trade area for goods with the EU with a common rulebook of standards and regulations – at a European Council summit in October.

But Brexit-backing Tories including Mr Davis want her to ditch the blueprint drawn up at her country residence in favour of a looser Canada-style free trade agreement or a move to World Trade Organisation rules.

Mr Davis said: “I am joining the Leave Means Leave rally in Bolton as a matter of principle – to ensure Brexit is delivered and democracy upheld.

“I look forward to sharing a platform with other politicians from across the political spectrum to support this cause.”

He added: “The Government’s Chequers proposal doesn’t meet the requirements of the referendum. We may be out of Europe but we would still be run by Europe.

“We must pursue a Canada-style deal which the EU has already made clear they are agreeable to.

“If this is not possible, Britain can still thrive with a World Trade Deal under WTO rules.”