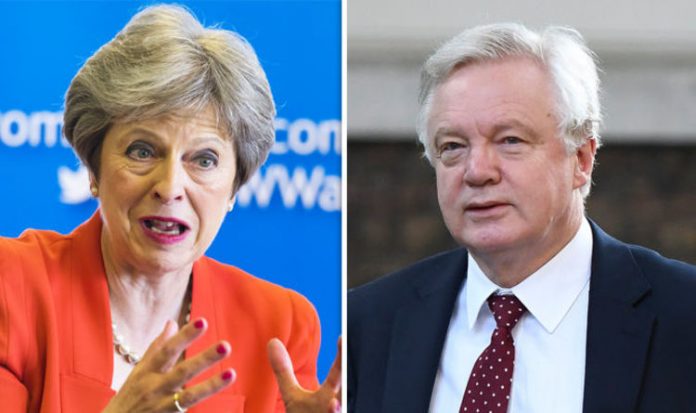 The ex-Brexit Secretary said EU member states had more to lose from a no-deal scenario than the UK.

And he said Brussels risked making a “massive miscalculation” by thinking Mrs May will agree a divorce deal no matter what.

He told the Daily Telegraph: “It’s certainly not the intention of the EU to have a no-deal Brexit but they are misjudging us at the moment.

“The UK Parliament does not want no deal but it’s certainly not going to be pushed around by the European Parliament.”

Follow the latest Brexit updates with Express.co.uk’s live blog below…

Plane-maker Bombardier has warned it could be forced to spend £30 million to stockpile parts in the event of a no-deal Brexit.

Michael Ryan, the head of the firm’s Northern Ireland operation, warned that spending such a sum is “not how we can afford to run a business”.

He said: “The only solution to not having some sort of a deal will be to stockpile parts.

“That will cost us about £25m to 30m to hold a number of months’ worth of material to avoid stopping our lines. It’s cash that I don’t have.”

Around 4,000 people are employed at Bombardier’s Belfast operation, which makes wings for the Airbus A220.