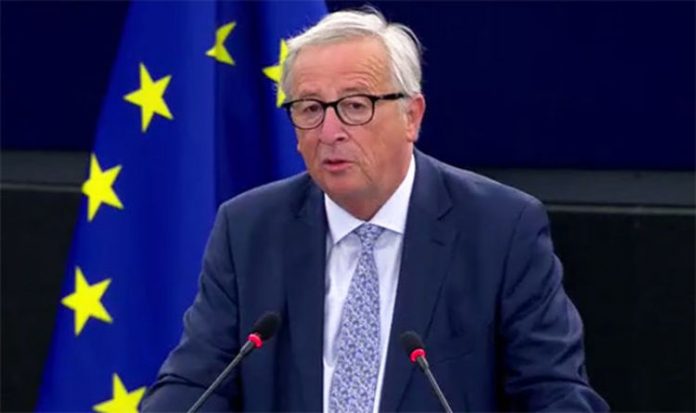 He said: “We respect of course the British decision to leave our union but we regret it deeply.

“But we also ask the British government to understand someone who leaves the union cannot be of the same privileged position.

“You are no longer a part of our single market. And certainly no longer just parts of it.

“This parliament and all member states we show loyalty with Ireland on the Irish border.

“We want to find a creative solution to prevent a hard border and we will defend all the elements of the Good Friday Agreement. It’s Brexit making border more visible, not EU.

“After 29 March 2019, the UK will never be an honorary third country. It will always be a very close partner in security terms.

We agree with the statement made in Chequers that the starting point for such a partnership should be a free trade area between the UK and the EU.

“We owe it to citizens and businesses to ensure the exit is orderly. It won’t be the Commission that stands in the way of this.”