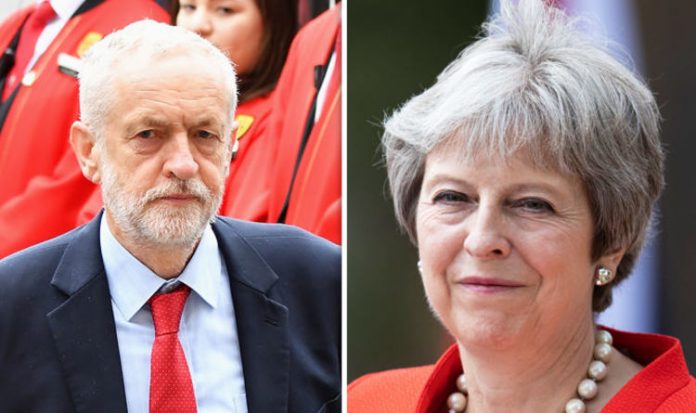 Senior Tories believe the move could force Mrs May to extend the Article 50 negotiating period in order to strike a deal with Brussels.

This would likely plunge the Government’s Brexit plans into turmoil by forcing the UK to stay inside the bloc beyond next March.

The mechanism – which has rarely been used in the past 200 years – allows MPs to vote on an issue without a bill being presented.

Labour has used the procedure twice in recent months to force Theresa May to release documents about Brexit.

One minister said: “We’ve been told by Number 10 that Labour would try to use the ‘humble address’ as a means to stop us leaving without a deal.”

Hilary Benn, chairman of the Commons Brexit committee, said a no-deal would be voted down by MPs regardless of which mechanism was used.

The Labour MP told the FT: “I think there is no majority in the House of Commons for a ‘no-deal’ Brexit and I think the Government knows that.”

Earlier this week, the Government was accused of stoking “apocalyptic” visions of a no-deal outcome.

Whitehall officials are reported to be making contingency plans to stockpile food and medicine if Britain leaves the EU without a deal.

But a Eurosceptic cabinet source said: “It is designed by No 10 to do the opposite of what Brexiteers want.

“We could have made a strong case for no deal and said we were prepared. The way they are presenting it makes it look like Armageddon.

“It is a kamikaze approach to no-deal. The truth is, it’s total chaos.

“They are deliberately trying to make no-deal look bad.

“It’s a fallacy to say it will be a total disaster. It won’t. We need to highlight the risk for the European Union, the negatives for them.”