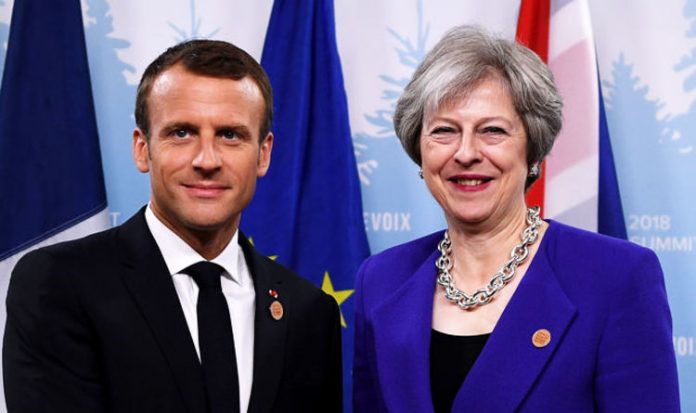 The Prime Minister, who is currently on holiday in Lake Garda, Italy, will make the short trip to the south of France for talks with Mr Macron.

Two leaders are expected to meet at Fort Bregancon near Toulon on Friday evening to thrash out details of the UK’s exit from the EU.

Their hastily organised summit will be followed by a private dinner between Mr Macron and Mrs May and their respective partners.

Mr Macron and Mrs May last came face-to-face at the Nato summit in Brussels earlier this month.

But the Government is keen to step up its engagement with leaders on the continent as Brexit edges closer.

Speaking on French radio, Mr Hunt urged EU negotiators to back with Britain’s proposals for a “pragmatic and sensible” outcome.

The Cabinet big-hitter also claimed the likelihood of Britain crashing out of the EU without a deal is “increasing by the day”.

He said: “There is real chance of no deal by accident. Everyone is assuming, ‘No this will never happen’. Well, actually, it could.”

Mr Macron, a staunch Europhile, is understood to be pursuing a hardline stance against the UK in Brexit negotiations.

The French leader and his allies have rejected a number of compromises put forward by British officials, according to Brussels sources.

An EU diplomat told Express.co.uk: “Do you know the country blocking the most compromises? France, they are the toughest on the UK.

“They block most of the offers brought to the table by the UK, they allow no compromises.”