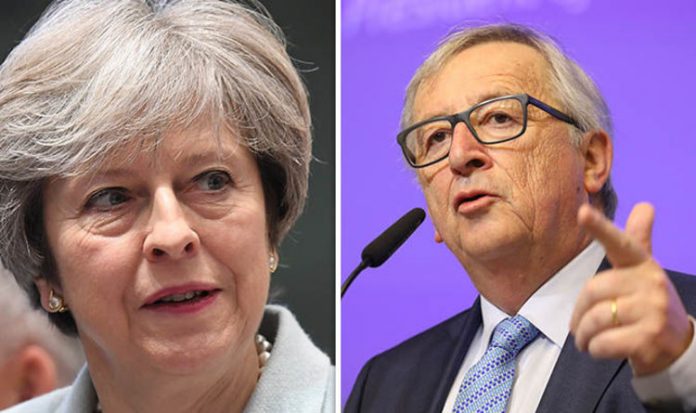 Tory MP and former junior Trade Minister Greg Hands warned against joining the European Free Trade Association saying entering the association – which currently includes only four member states – would thwart the outcome of the Brexit referendum, leading to just a partial withdrawal from the EU.

Writing on the Brexit-backing website BrexitCentral he said: “Quite simply, were we to join EFTA and/or the EEA or an EFTA-type arrangement, the United Kingdom would be placed in the category of rule-taker, not rule-maker.

“We would serve the whims of Brussels.

“It would not be Brexit at all.”

The European Economic Area (EEA) is a group providing for free movement of people, goods and services, whose membership is opened to states already in the European Union or the EFTA.

Mr Hands said joining EFTA would just place the UK under the control of Brussels once more.

He added the move would frustrate the very purpose of Brexit – to take back control of the UK’s legislative power and free the country from the ruling of the European Court of Justice (ECJ).

He said: “One of the components of the EEA Agreement is the EFTA Court, which the new proponents of EFTA membership suggest would be useful for Britain because it is ‘trusted by the EU’.

“The EFTA Court is not, in fact, an institution of EFTA, but a component of its EEA Agreement with the EU.

“This agreement requires the EFTA Court to follow the rulings of the ECJ.

“The European Commission wants the Court ‘strengthened’ further, so as to ‘function as a mirror to EU authorities’.

“This means the EFTA Court does not exist for divergence, but harmonisation.

“Meanwhile, if the UK wanted to change its own legislation for domestic or trade reasons, it would be subject to retaliation, as the EEA Joint Committee would be able to block it.

“When the Committee disagreed – as it always would in the case of divergence from the Single Market – the EU would be able to retaliate against Britain’s trade.”

Mr Hands said: “Rather than allowing truly liberalising deals based on reducing barriers to trade, EFTA countries are only able only to make relatively minor tariff adjustments.

“So when they suggest that the UK and EFTA would create ‘a global trading titan’, all they would accomplish would be another trading vassal to the European Union.”

The MP also said the EU would also be able to demand Britain accept established freedom of movement rules – meaning the UK would still have no effective control of its borders.

He said: “Not only would membership prevent trade freedom and sovereignty, it would also maintain current EU immigration rules.

Mr Hands’ attack on possible EFTA membership comes as Tory MP Nick Boles launched a new Brexit plan, arguing the UK should “temporarily” join the four-state area to negotiate with the EU from a stronger position.

Launching his “Better Brexit” proposal on Sunday, he said: “We should decouple from the EU gradually, parking temporarily in European Free Trade Association (EFTA) and the European Economic Area (EEA) before negotiating a long-term relationship based on a free trade agreement.

“In short, we should try to emulate Norway’s relationship with the EU before moving to a position more like Canada’s.”