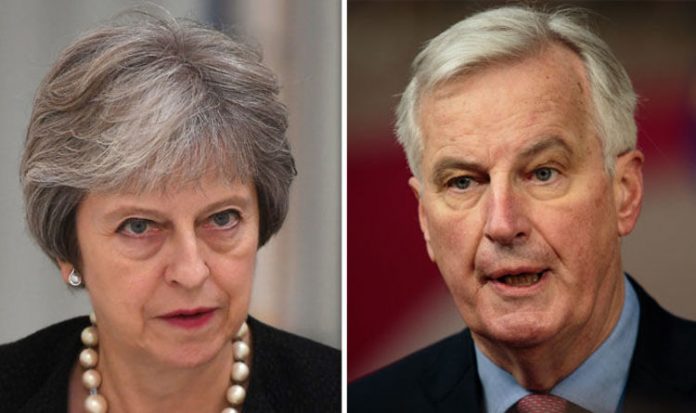 Member states could abandon one of Europe’s ideological red lines in return for more concessions from Prime Minister Theresa May.

A potential deal is on the negotiating table and will be discussed at a special meeting of all 28 EU leaders in Salzburg, Austria next month.

This would mark the first public shift in position from the EU’s chief Brexit negotiator Michel Barnier and the European Council.

Since Mrs May’s new Brexit plan was outlined at Chequers last month, Mr Barnier has continued to claim that her proposals would “undermine our single market” and that Britain can’t cherrypick the parts it wants to be in.

But Britain has insisted that the EU has an almost identical relationship with Jersey and other Channel Island Crown dependencies that hold third-country status for all matters, except goods.

Sources in the Brexit negotiations are confident that European leaders would listen if Mrs May adopted the ‘Jersey model’ in full but Britain would then have to adopt all future EU environmental and and social protections, according to the Times.

It would also require the Prime Minister to shift from her current staunch customs proposals, as the facilitated arrangement has gained little traction.

The UK has seen a big increase in European buyers investing in British businesses.

He said: “The US remains the single largest source of foreign buyers into the UK accounting for about 46 percent of them.

“The next largest is European buyers at about 43 percent.

“Interestingly US interest in the UK has been relatively flat but European buyers acquiring UK businesses increased about 16 percent quarter on quarter in contrast to Germany for example.”

Europan leaders are set to offer Britain a new Brexit deal that would enable it to remain in the single market for goods while opting out of free movement of people.

Member states could abandon one of Europe’s ideological red lines in return for more concessions from Theresa May.

A potential deal is on the negotiating table and will be discussed next month at a special meeting of all 28 EU leaders.