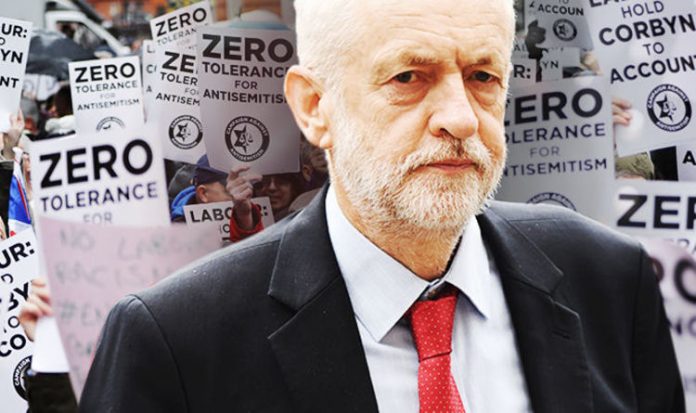 The Labour leader faces a race against time to resolve the crisis or suffer splits in the party as he is backed into a corner by two of his main power bases – Momentum and a major trade union.

Senior Labour figures have warned officials in the party’s National Executive Committee are prepared to force his hand if he fails to adopt the definition and examples of anti-Semitism as outlined by the internationally accepted International Holocaust Remembrance Alliance (IHRA).

An official told politics news site, Politico.co.uk: “That it has come to this is a total disaster.

“It could cost the Labour party the next election.”

A vote on the definition of the IHRA will take place on September 5, which is a day before a NEC meeting where officials could reverse Mr Corbyn’s reworked definition.

But if Mr Corbyn fails to recognise the full definition, officials warn of a huge row which could see “seven to eight” MPs resign.

A senior MP warned members could turn their back on the party before the end of the year.

They said: “They picked this fight. Anything other than the full thing is not going to be good enough.”

The debate follows Jeremy Corbyn’s apology for sharing a platform with people who reportedly compared Israel to the Nazis during a Holocaust Memorial Day event he hosted in 2010.

The event intensified calls for Labour to take a tougher stance on anti-Semitism.

And on Tuesday a video emerged in which he warned that the BBC was “biased” in saying that “Israel is a democracy in the Middle East, Israel has a right to exist, Israel has its security concerns”.

Mr Corbyn’s spokesman rejected the criticism, and claimed the Labour leader was merely highlighting the lack of reporting on Palestinian issues in the media.