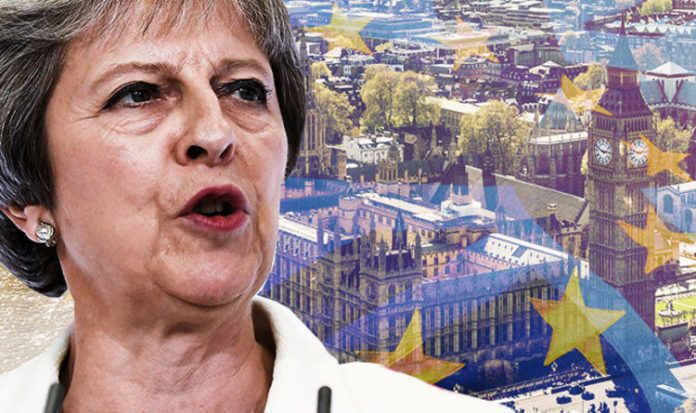 The terms were agreed at a tense Chequers meeting last Friday but has led to furious in-fighting within the Government that have led to questions over Mrs May’s leadership capabilities.

The Prime Minister was dealt a major blow just 48 hours after the summit with the resignation of Brexit Secretary David Davis, shortly followed by Boris Johnson quitting as Foreign Secretary, both of whom strongly objected to the agreed plan.

But in an optimistic statement, Mrs May has said: “Does our plan mean an end to freedom of movement, will we be able to sign our own trade deals and will the UK be outside the jurisdiction of the European Court?

But now staunch Brexiteers are trying to force the Prime Minister to release a rival draft of the white paper previously drawn up by Mr Davis before last week’s Chequers meeting, which Downing Street has turned down.

It sets out something similar to a Canada-style trade deal, with elements added from other EU agreements.

European Research Group backbenchers will table a “humble address” in Parliament, demanding the former Brexit Secretary’s draft is made public.

Follow below for LIVE UPDATES as Theresa May as releases her Brexit white paper:

Speaking on BBC Radio 4’s Today programme, she said: “My view is that as it stands, no. We will wait to see what the white paper comes out with today.

“That’s partly because it doesn’t actually have a customs union in it. It has a fudge on customs partnership which, as I see it, would still be really bad for manufacturing.”

Ms Cooper added: “No deal only becomes more likely if the government insists on putting a gun to parliament’s head and making it a no deal.

“The fact that parliament may not agree with the Chequers proposal doesn’t mean it wants no deal.” 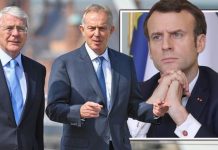