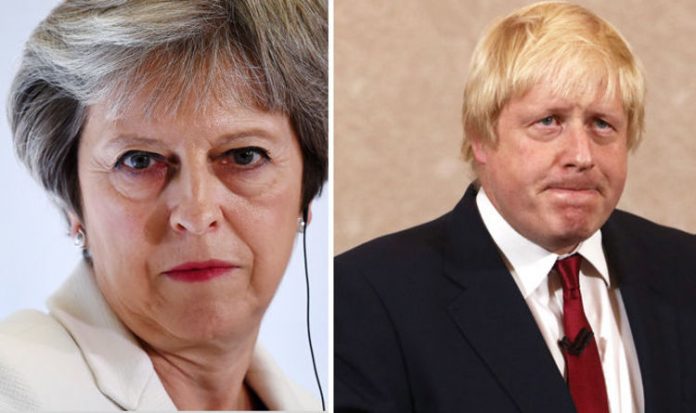 Mrs May will release the Brexit White Paper today which will lay out her intentions for a Brexit deal.

The terms were agreed at a tense Chequers meeting last Friday and led to the resignations of both the Brexit Secretary David Davis and the Foreign Secretary Boris Johnson.

The Prime Minister said: “Does our plan mean an end to freedom of movement, will we be able to sign our own trade deals and will the UK be outside the jurisdiction of the European Court?

Mrs May committed to Britain being able to make decisions on immigration.

The Prime Minister added: “It will mean a genuine end to freedom of movement.

“No longer will people be allowed to arrive here from across Europe on the off-chance that they might find a job.

“It will be the UK, not Brussels, that decides who should be allowed to live and work here.”

She also promised Britain will be able to strike trade deals on its own terms.

Writing in The Sun, the Prime Minister explained: “We will have our own completely independent trade policy, our own seat at the World Trade Organisation and the ability to set tariffs and strike trade deals with whoever we please.”

Finally, she committed to Britain regaining sovereignty and taking back control of its own laws.

She promised that the plan “respects the will” of the 52 percent who voted to leave in 2016.

The Prime Minister concluded: “Only our Brexit deal for Britain truly respects the will of the British people.”

However, her plans haven’t impressed some, and have been labelled by Brexiteers as a soft Brexit plan.

Ardant Brexiteers David Davis and Boris Johnson both sacrificed their front bench positions in defiance of the Chequers plan.

In his resignation letter, Boris Johnson accused the Prime Minister of “suffocating” the British people’s decision to leave the EU.

Mr Johnson said: “It should be a chance to do things differently, to be more nimble and dynamic, and to maximise the particular advantages of the UK as an open, outward-looking global economy.