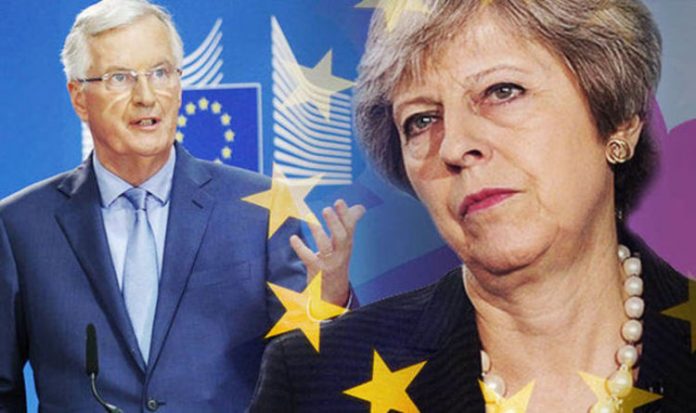 He again flatly rejected her plan for the UK to collect import tariffs for the EU on goods from other parts of the world, a cornerstone of the Government’s proposals.

He rebuffed UK Brexit Secretary Dominic Raab’s claim that Britain could withhold its £39billion “divorce bill” if it does not get a good deal from the EU.

Mr Barnier also declined to agree that Mrs May’s latest proposals are enough of an “evolution” in British thinking to make the EU adjust its own hardline stance.

“To be frank, we are not at the end of the road yet,” said Mr Barnier, after talks in Brussels with Mr Raab.

Both men said they wanted to inject “new energy” into the process, which aims to finalise exit issues and reach a “political declaration” on future relations, in time for an EU summit in October.

But Mr Barnier stressed: “There are major issues to be discussed and questions to be answered.”

Britain is due to leave the bloc on March 29 next year.

Mrs May is seeking a deal which would include a transition period giving the UK and the rest of Europe until the end of 2020 to prepare for final separation. 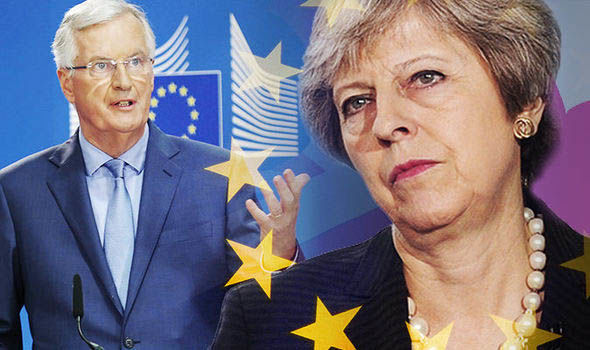 In fresh signs the other 27 EU member states are getting frustrated with Brussels’ handling of the process, it emerged that Mrs May could be invited to present her plans directly to her fellow national leaders.

In what one source said could be “Britain’s last chance” to sell the compromise and avoid leaving with no deal, there is a push to put Brexit on the agenda of a planned security summit in September.

One EU source said German Chancellor Angela Merkel had voiced concern the talks spearheaded by Brussels on the bloc’s behalf are making too little progress.

“There is a sense of drift. It is time for leaders to have a serious discussion,” they said.


The EU cannot, and the EU will not, delegate the application of its customs policy and rules and VAT and excises duty collection to a non-member who would not be subject to the EU’s governance structures.

Mrs May will today discuss Brexit with some EU leaders when she visits Austria, which currently holds the bloc’s rotating presidency.

The Prime Minister is seeking agreement with the EU based on proposals issued after agreement with Cabinet ministers at her country residence of Chequers.

One key plank is a “facilitated customs arrangement” under which tariffs charged at the border would be passed onto British or EU authorities, depending on where the goods are headed.

Mr Barnier declared: “The EU cannot, and the EU will not, delegate the application of its customs policy and rules and VAT and excises duty collection to a non-member who would not be subject to the EU’s governance structures.”

The Frenchman also scoffed at Mr Raab’s suggestion the UK’s divorce bill payment, agreed last year, is conditional on getting a good deal, because “there is no deal until we do the whole deal”.

Mr Barnier said the EU regarded what has already been agreed as “agreed for good”.

Although he said the white paper “could be useful” Mr Barnier refused to say the UK’s position had adapted enough to merit a change in his negotiating stance, as EU leaders suggested in June should happen if Mrs May softened her own red lines.

Mr Raab sounded more upbeat, stressing the UK had taken account of “the innovative approaches the EU has taken in the past with other third countries – when the political will has been there”. 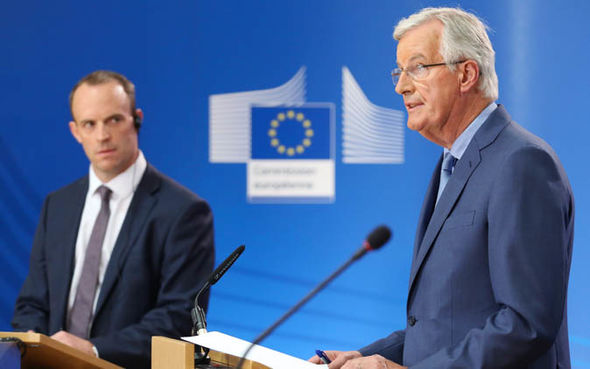 They were also heartened that he said he was not “in principle” opposed to Britain’s “backstop” proposal of keeping the whole UK in the customs union, to avoid a hard border with Ireland, if a permanent solution for the region cannot be found in time.

Mrs May has said the EU’s idea of keeping just Northern Ireland in the customs union is unacceptable because it would divide the UK.

A UK government source added there had also been positive movement on financial services regulation, security cooperation and ambitions for an “unprecedented” free trade agreement

“There’s been a clear change in tempo”, said the source.

“On the backstop, of course there are questions, but they are now playing on our turf.”

Mr Barnier and Mr Raab, who have now met twice, will meet again in mid-August and then for weekly talks in search of a deal by October.

Earlier, French European affairs minister Nathalie Loiseau said her government was stepping up preparations for a no-deal Brexit in the light of “no real progress” made since March in the talks.

She said that would mean “a brutal divorce” March 29 and “traffic jams in Calais and in every European port welcoming goods and people coming from the EU” and that it would be worse for Britain than for the EU.

She claimed there was no difference between member states and Mr Barnier.

But she also insisted it was not too late for Britain to change its mind and stay in on the same terms as now.

Princess Anne ‘completely miscast’ in The Crown: ‘Not a tomboy!’ | Royal | News (Reports)

Towards a data quality culture – launching a framework for government