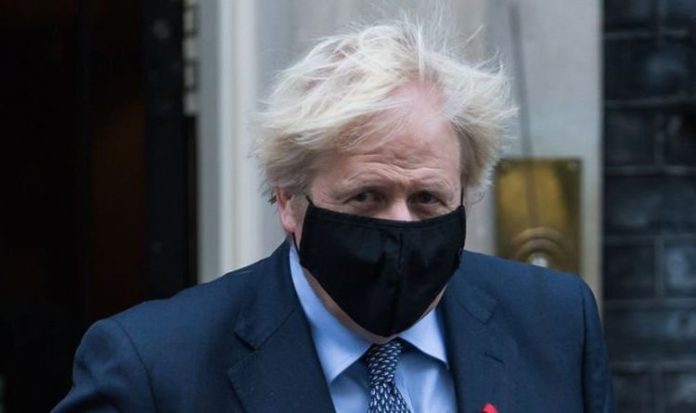 The incendiary comment was made by Meg Hillier, chair of the powerful House of Commons public accounts committee (PAC). The PAC, a cross party body, has released a report criticising the Government over the level of Brexit preparations for when the transition period finishes at the end of the year.

Currently Boris Johnson is attempting to negotiate a new trade deal with Brussels to come into effect at this point.

However the PAC said: “We remain extremely concerned about the risk of serious disruption and delay at the short Channel crossings.

“Industry bodies have said that government has not provided key information needed by businesses to prepare, such as detailed guidance on how to apply for simplified customs procedures.”

The committee added the Government is “taking limited responsibility” for the situation.

“We remain extremely concerned about the risk of serious disruption” (Image: GETTY)

Whilst Britain formally left the EU at the end of January it remains in a Brexit transition period until the end of the year.

During this time the UK still has to pay into the EU budget and implement many rules made in Brussels.

In return tariff free access to the European single market is continued.

The Government is attempting to negotiate a new trade agreement to replace this at the end of the year.

There are fears of disruption around UK ports at the end of the transition period (Image: GETTY)

However talks remain deadlocked over European access to British fishing waters and how far the UK can deviate from the EU’s regulatory ‘level playing field’.

Ahead of the 2019 general election Mr Johnson claimed to have negotiated an “oven ready” Brexit deal.

However this was mocked by Labour’s Ms Hillier who commented: “We have more of a cold turkey and businesses and consumers do not know what to be prepared for.”

The chair added: “In 12 reports on preparations for EU exit since the 2016 vote, the PAC has repeatedly raised concerns about the readiness of key border systems and been assured that they are on track or that delays are being managed.

Britain formally left the EU at the end of January (Image: GETTY)

“And yet, with a few weeks to go, border systems remain in development and plans for managing disruption or prioritisation of key goods are unclear.”

Ms Hillier added Britain is “facing another catastrophe at the border in four weeks’ time”.

If the Government fails to agree a new Brexit deal Britain will trade with the EU on World Trade Organisation terms.

This would see the introduction of significant tariffs on trade.

However the Government insists it is ready for the end of the Brexit transition period regardless of whether a trade deal is agreed.

Speaking to Sky News a spokesman said: “We are making significant preparations to prepare for the guaranteed changes at the end of the transition period including investing £705m in jobs, technology and infrastructure at the border and providing £84m in grants to boost the customs intermediaries sector.

“This is alongside implementing border controls in stages so traders have more time to prepare.

“With less than one month to go, it’s vital that businesses and citizens make their final preparations too.

“That’s why we’re intensifying our engagement with businesses through the Brexit Business Taskforce and running a major public information campaign so they know exactly what they need to do to get ready.”