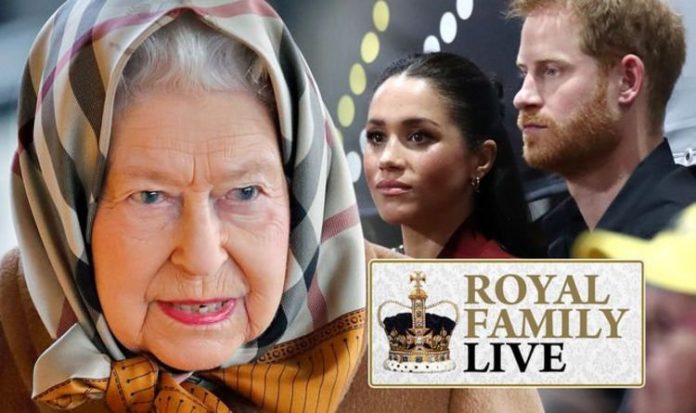 Angry royal fans say the Duke and Duchess should have lost their prestigious titles a long time ago as it is “far more damaging to keep them”. The backlash comes ahead of the couple’s review with the Queen in the next few months following their sensational exit from the Firm earlier this year. A royal crisis erupted when Harry, 35, and Meghan, 38, publicly announced in January they wished to step back from royal duties and spend more time in the US.

The couple, who are now living in Santa Barbara, California with their son Archie Harrison, have stopped using the His and Her Royal Highnesses (HRH) styles since withdrawing from their royal jobs, but have so far been able to keep all their official titles.

Royal fans ordered the Queen to strip the couple of their titles, saying it should have happened a long time ago.

One said: “It will be far more damaging if allowed to keep them!

“Again I ask WHY do they want them? Surely the links to white privilege, slavery, oppression and using ones rank for gain would make them want to give them up freely?No? Thought as much”

Another said: “I hope that the Queen removes the Royal Titles from Harry & Meghan- they are both snowflakes now.”

One posted on Twitter: “The SOONER the Queen strips Harry from HRH and Duke titles, the better. But March 21 is when ‘review’ occurs….

Another added: “They should have lost titles a long time ago!”

And the 94-year-old monarch cannot stop Harry being a Prince as this is a title he was born into and it is a fact under the rules of royalty in Britain that he is a Prince.

However, his other titles, Royal Highness the Duke of Sussex, Earl of Dumbarton and Baron Kilkeel, as well as Meghan’s could be up for discussion.