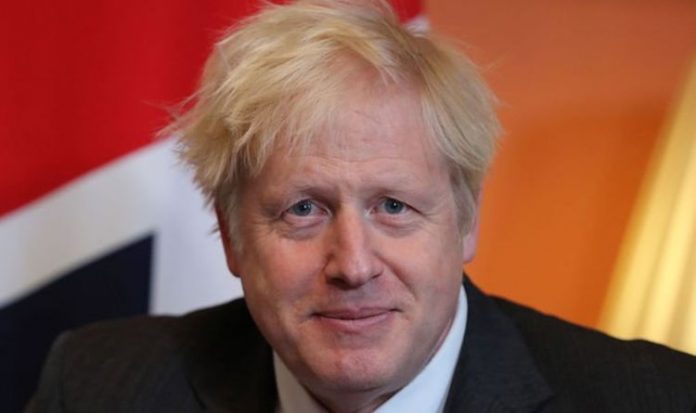 The German Chancellor and French President are insisting EU trade negotiations can only take place via Ursula von der Leyen, president of the European Commission. Mr Johnson has warned a no deal outcome to the trade talks is now “very, very likely”.

Britain is currently in a Brexit transition period which lasts until the end of the year.

From this point the UK and EU will be trading on World Trade Organisation (WTO) terms from the beginning of next year unless a new agreement can be reached.

According to The Telegraph Mr Johnson made three requests to hold direct talks with Ms Merkel and Mr Macron over the past week, but these were rebuffed.

The paper reports the Prime Minister first asked European Commission chief Ms von der Leyen for permission to directly contact the German and French leaders on Saturday, but both refused.

He asked again during his crunch Brussels meeting with Ms von der Leyen on Wednesday but again without success.

Mr Johnson then made a public offer on Thursday to travel to Berlin and Paris to meet the two leaders in person, but his suggestion was rejected.

Ms Merkel and Mr Macron are insisting Britain can only negotiate with the European Commission and not with individual member states.

Speaking to The Telegraph about Mr Johnson’s appeal to national leaders an EU source said “it was out of the question to enter this game in the last stretch”.

Talks are currently deadlocked over European access to British fishing waters, the extent to which Britain can deviate from European ‘level playing field’ regulations and how any disputes will be arbitrated.

On Friday the Prime Minister and Michael Gove, Chancellor of the Duchy of Lancaster, held a meeting with officials to discuss preparations for a no-deal Brexit.

Mr Johnson has argued a no-deal Brexit could still be “wonderful for the UK” through it is “different from what we set out to achieve”.

He claimed this would allow Britain to “do exactly what we want from January 1”.

Speaking from a battery farm in Northumberland the Prime Minister added: “We’re always hopeful and our team is still out there in Brussels.

“If there’s a big offer, a big change in what they’re saying, then I must say that I’m yet to see it.”

However European politicians and officials insist a deal is still possible.

Heiko Maas, the German Foreign Minister, said: “In the end, the talks will not fail because a few days more are needed.

“We believe that an agreement is difficult but still possible.”

An EU insider added: “The situation is difficult. The main obstacles remain.

“The probability of a no deal is higher than of a deal.”