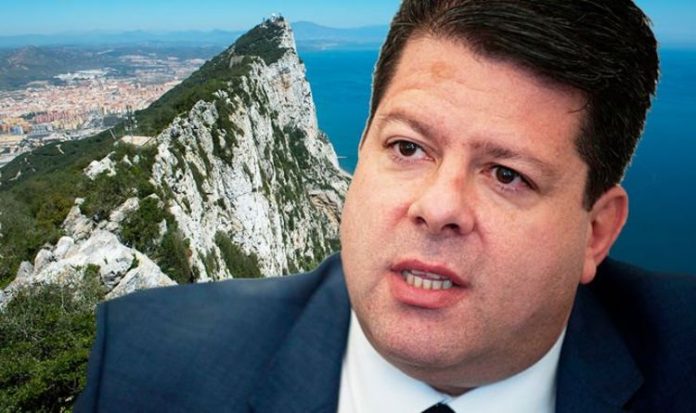 Mr Picardo revealed details of his conversation with the UK Prime Minister on Friday, including Mr Johnson’s pledge to stick by the British overseas territory come what may. The pair’s discussions came against a backdrop of uncertainty, with the UK and the EU apparently deadlocked in talks aimed at thrashing out their future trading relationship.

The situation is complicated still further by Mr Johnson’s proposed Internal Market Bill, which would override certain aspects of the Withdrawal Agreement related to Northern Ireland, which has caused both anger and consternation in Brussels.

Mr Picardo said afterwards: “The Prime Minister was clear and unequivocal in his support for Gibraltar, in particular in the context of the ongoing negotiations for the future relationship with the EU.

“Gibraltar wants a good deal to be done which maximises frontier fluidity for persons and goods and which secures greater prosperity for all.

“We believe that with good will, good faith and a good negotiation, a deal can be done that can deliver real benefits without any of the negotiating parties having to cross any of their red lines.

“What we will not do is recommend a deal to Gibraltar’s Parliament if it does cross our well known, historic and irrenouncible red lines.

“I know Gibraltar has the Prime Minister’s support for our position.”

A guidance note issued by the Gibraltarian government on Thursday warned a no-deal outcome would have a “severely detrimental” impact on border fluidity.

The note added: “It is clear that if the Government of Gibraltar is unable to agree a negotiated solution to the future operation of the land border this would have a severely detrimental effect on border fluidity.

“In this worst case scenario, citizens should prepare for the long delays which will become inevitable when crossing the border in either direction.

“This is well-known and it is something which the Gibraltar Government has warned of throughout the Brexit process.”

The situation is complicated still further by the coronavirus pandemic, with the Rock, which has a permanent population of roughly 23,000, currently having 334 confirmed cases, of whom 307 have recovered, and 165 people self-isolating.

The government today confirmed a frontier worker in her 40s had died of COVID-19.

A spokesman said: “The person in question was diagnosed and died in Spain where she was a resident.

“The Government has become aware of this death through persons who know the deceased.

“It has been confirmed through contact between the relevant medical authorities.”