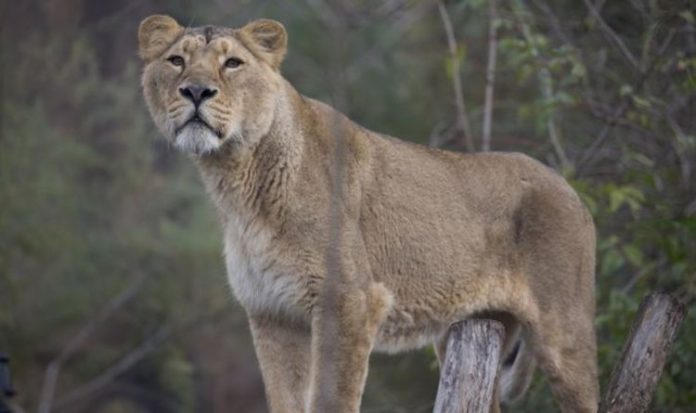 Not, however, for keeping the cats at broom’s length, but to brush their eyelashes or whiskers to check they are properly sedated before going near those teeth and claws. Nic Masters, chief vet of ZSL (Zoological Society of London), which runs the Regent’s Park zoo, sweeps away our preconceptions while discussing his life-saving treatment of a lockdown lioness. A new documentary shows Indi, a rare Asiatic lioness, hit by a mystery illness that stopped her eating until the vet brought the nine-year-old big cat into animal hospital.

Although Indi is the zoo’s most affectionate lion, moving such a dangerous animal, even when sedated, was never going to be easy.

“You are very conscious of people’s safety when moving a dangerous animal like a 100kg-plus lion,” says Nic, 48.

“It sounds ridiculous but the broom is a really trusted zoo keeper’s implement.

READ  42 cinemas to share £650,000 in first awards from the Culture Recovery Fund for Independent Cinemas

“When these animals go to sleep we test how deeply they are asleep and one of the things you can use a broom for is to brush their eyelashes or whiskers.

“They will blink if they are not properly asleep.”

An x-ray revealed Indi’s problem was a bone from a rack of ribs was lodged in her gut.

“It was only days before a perforation would have caused a fatal infection. Nic says it was three weeks until Indi was back eating her favourite food… duck.

The two-episode, fly-on-the-wall look at life for animals and staff at the zoo and its sister, Whipsnade, in Bedfordshire, during and after lockdown, stresses how important it is that the public visit to help fund the ZSL’s conservation work.