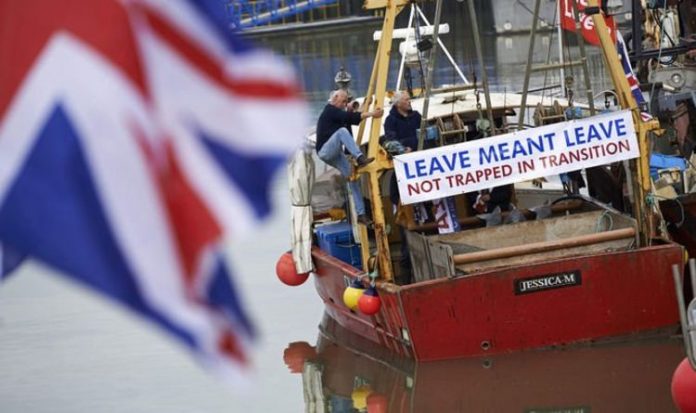 Fishing chiefs said the UK made significant concessions in order to finally secure a trade agreement on Christmas Eve. At a Downing Street press conference on Christmas Eve, Mr Johnson said “we will as a result of this deal be able to catch and eat quite prodigious quantities of extra fish”, with £100 million for the industry to modernise and expand.

But fishing chiefs has disagreed, hitting out at the PM.

Barrie Deas, chief executive of the National Federation of Fishermen’s Organisations, said: “In the end it was clear that Boris Johnson wanted an overall trade deal and was willing to sacrifice fishing.

“The broad feeling is that the UK has made significant concessions on fish in order to secure a trade deal.

“The industry will be extremely disappointed. We have secured increases in quota from the EU but they don’t come anywhere close to what our entitlement is in international law.

“There will be frustration and anger across the industry.”

Others also hit out at the PM.

He said: “They are trying to make a silk purse out of a sow’s ear.

“I also suspect the EU will end up being happier than the UK will.’

And Elspeth Macdonald, chief executive of the Scottish Fishermen’s Federation, said: “The principles that the Government said it supported – control over access, quota shares based on zonal attachment, annual negotiations – do not appear to be central to the agreement.

“After all the promises given to the industry, that is hugely disappointing.”

MPs and peers will be called back to Westminster on December 30 to vote on the deal, but MEPs are not expected to approve it until the new year, meaning it will have to apply provisionally until they give it the green light.

The agreement will almost certainly be passed by Parliament, with Labour supporting it, as the alternative would be a chaotic no-deal situation on January 1.