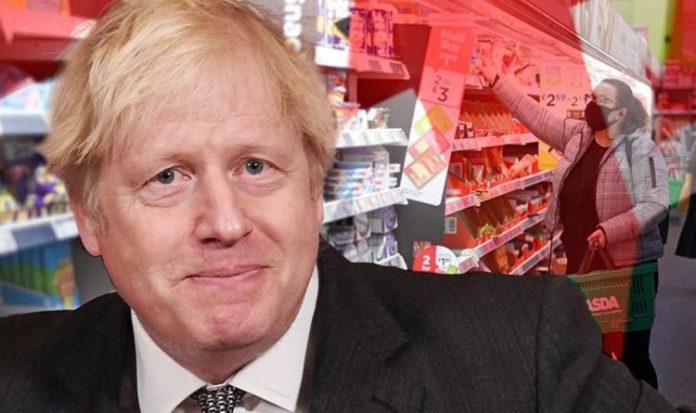 Researchers found 34 percent had stopped buying goods and services from the EU since the UK finally severed ties on December 31. Costs and delays were cited as the biggest concerns for younger consumers, with 24 percent of 16–24-year-olds suggesting an increase in cost had put them off. In addition, 26 percent suggested increased delays were behind the decision to stop shopping with Europe.

Men were likely to be more belligerent than women when it came to attitudes towards Brussels with almost twice as many men as women said they would not buy EU goods for “ideological reasons”.

Commenting on the survey findings, which were reported by Express.co.uk, one reader said: “I stopped buying EU goods and produce years ago.

“We must do all we can for our country to boost it’s economy.

Another said: “I’ve always brought British. It seems more and more will do the same now.”

Another reader said: “I’ve found alternatives for almost everything and the last couple of items which were non-essential, I do without.

“I am prepared to spend more elsewhere to avoid buying from the EU.”

And another said: “They can stick their exports where the sun don’t shine!

“When they have done that they can stick their holiday destinations in the same place!

“We can find new markets to trade in and new holiday destinations who will be only too happy to entertain British tourists!”

One reader said: “Buy British. We need to rebuild our farming industry. Does it cost a little more? Yes, like a pound a month.”

And another said: “I stopped buying anything from the EU during the referendum campaign.

The EU as a whole is the UK’s largest trading partner.

In 2019, UK exports to the EU were £294 billion (43 percent of all UK exports), House of Commons Library figures indicate.

However, the share of UK exports accounted for by the EU has generally fallen over time from 54 percent in 2002 to 43 percent in 2019.

The survey was conducted online by Censuswide with a representative sample of 1,000 UK consumers, between February 1 and February 3, 2021.