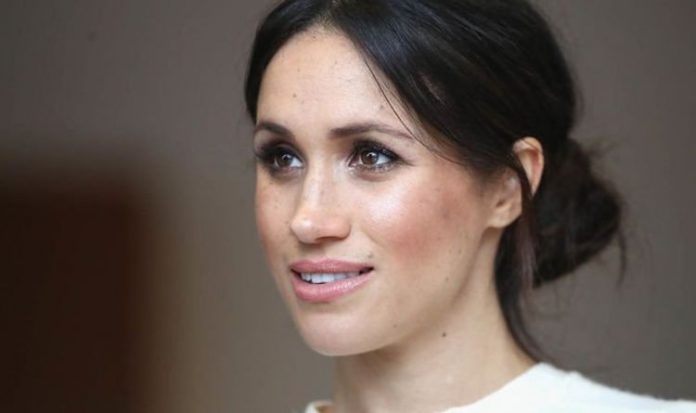 Meghan became the patron of the National Theatre in January 2019, after it was passed on to her from the Queen. Two years later, she is facing losing it, as it was reported the Queen could ask the Duke and Duchess of Sussex to relinquish all their royal patronages.

Board members at the National Theatres are split over whether to ask Meghan to stay or seek a new patron, according to the Daily Mirror.

Speaking to the news outlet, a source added: “There was great excitement when Meghan took over from the Queen but now it’s tinged with a great deal of sadness over her lack of action for the theatre and the industry as a whole which has suffered so greatly throughout the coronavirus crisis.”

Representatives for the Duke and Duchess of Sussex and the National Theatre have been contacted for comment.

In January two years ago, Meghan became the patron of three other organisations – the Association of Commonwealth Universities, animal wellbeing charity Mayhew and Smart Works.

She also became the vice president of the Queen’s Commonwealth Trust – led by Prince Harry in the role of President.

Before joining the Royal Family, Meghan pledged to hit the ground running with her charitable work and did so by leading several successful projects, including supporting the Hubb Community Kitchen cookbook, as well as carrying out more traditional royal engagements.

The Duchess visited the National Theatre multiple times since becoming a member of the Royal Family.

She paid her first official visit to the theatre just days after her appointment as patron.

During the engagement, Meghan revealed the young would-be actors she had already watched them performing during a secret visit she paid in late December 2018.

Meghan, described as a “very natural fit” as patron of the theatre by its artistic director Rufus Norris, was also spotted visiting the organisation in January 2020, just hours before she and Harry announced their intention to stand back as senior royals.

And in March, as part of her final rounds of royal duties before officially stepping down as full-time working royal, she made another low-profile visit to view the theatre’s Immersive Storytelling Studio.

Meghan Markle news: Meghan was passed on the patronage of the National Theatre from the Queen (Image: GETTY)

Speaking about Meghan and Harry’s relocation to the US, he told the Daily Telegraph: “That is completely their business about how they manage what is undoubtedly a very complicated situation for them.

“From our perspective, I don’t think it’s going to change anything.

“She’s still very engaged, the conversations are regular and ongoing, there are ideas we are exploring.”

Meghan Markle news: Archie is the son of Meghan and Harry (Image: EXPRESS)

Over the past three years, Meghan has also worked closely with her other patronages.

With Smart Works, a charity providing clothing and training to unemployed women in need ahead of job opportunities and interviews, Meghan launched in September 2019 a ‘capsule collection’.

Teaming up with fashion designers and retailers, the Duchess raised items of clothing through a direct 1:1 model, which saw a donation to a woman trying to re-enter the job market made for every item bought during the Smart Set promotion.

Meghan has also been regularly in touch with Mayhew, writing the foreword of its annual review in 2019 and trusting the charity with the release of the Sussexes’ Christmas card last year.

In 2019, the Christmas card of the Duke and Duchess of Sussex was released by the Queen’s Commonwealth Trust – with which Meghan and Harry have discussed last summer the need to have “uncomfortable” conversations in the fight for racial justice and equality across the organisation and the world.

Prince Harry hashed out the terms of his and Meghan’s exit from the Royal Family during a summit in Sandringham in January last year with the Duke of Cambridge, Prince of Wales and the monarch.

The senior royals agreed on allowing the Sussexes to pursue financial freedom, live abroad and retain their private patronages – those who have no links with the Royal Family or the Sussexes have founded themselves.

Harry’s military patronages have been put on hold until the end of the review period in March this year.

In accordance with the terms shared by Buckingham Palace on January 18 last year, after their exit the Duke and Duchess of Sussex can no longer use their HRH styles or carry out royal duties.

Meghan and Harry moved to California in late March last year and have since settled down in their home in Montecito with their son Archie.

On Valentine’s Day, the couple announced to the world they are expecting their second child.