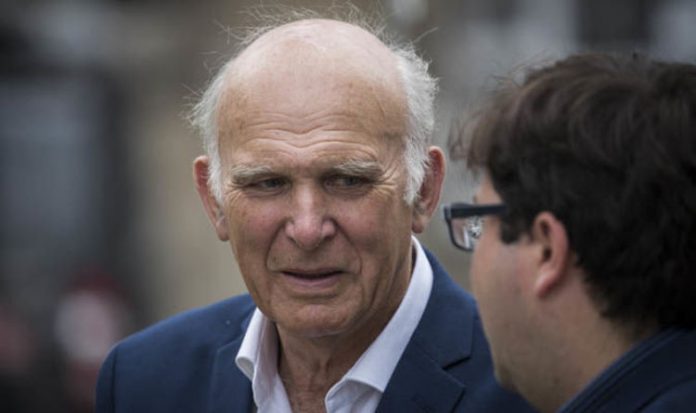 Details of the meeting emerged after the Liberal Democrats leader missed a crucial Brexit vote to hold the secret talks.

It has now emerged that the dinner was with Phil Collins, a former aide to Mr Blair.

Mr Collins, who is a critic of Jeremy Corbyn and his hard-Left brand of socialism, has previously called for the Lib Dems and Labour centrists to get together to form a new party.

The move was last night branded “absurd” by Tory pro-Brexit MP Peter Bone and a last ditch effort by the Remainer “elite” to stop Brexit.

He said: “The idea of a new party with the likes of Vince Cable, Tony Blair and Lord Mandelson all thinking they know better than the British people is absurd and elitism at its darkest.

“The support for a second referendum is reflected in the tiny support for the Lib Dems who are the only party to have it as a policy.”