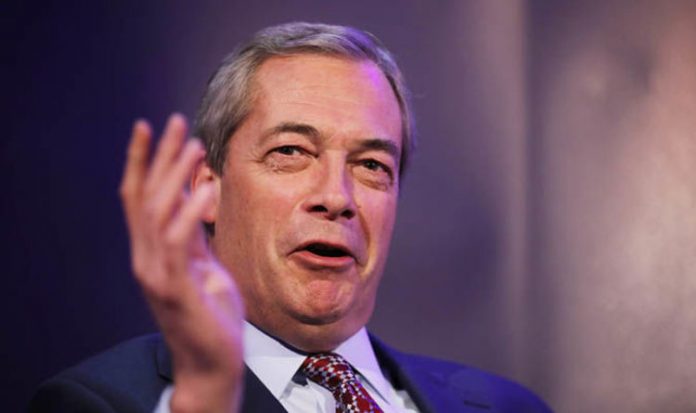 The former Ukip leader was, according to friends, eyeing up a possible effort to win the Peterborough seat in a by-election – his eighth bid to be an MP.

But Mr Farage blasted the claims that he will stand in Peterborough and he insisted he has “no plans” to run in any other seat.

Peterborough is currently held by Labour after it was narrowly won from former Tory MP Stewart Jackson last year.

Mr Jackson, a leading Brexiteer, went on to be David Davis’s chief of staff in the Brexit Department until Mr Davis’s resignation over the Chequers plans.

But there is speculation there could be a by-election because Labour MP Fiona Onasanya is due to appear in court on charges of perverting the course of justice.

The last MP to be convicted of that offence was Liberal Democrat Chris Huhne who resigned his seat after persuading his former wife to pretend she was driving when he broke the speed limit.