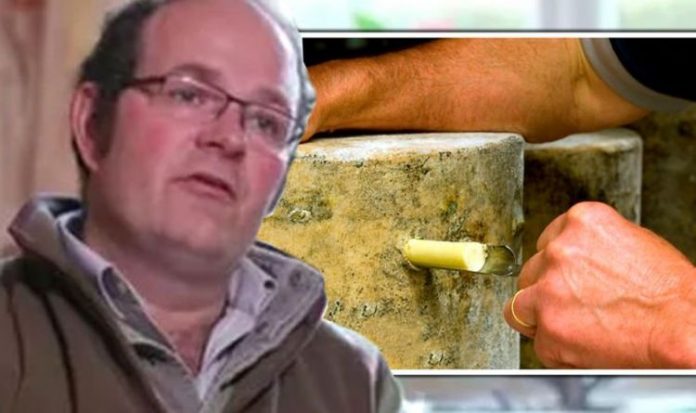 The United States is going to be an “interesting market” for post-Brexit Britain to become involved with, according to Tom Bradshaw, the Vice President of the National Farmers Union (NFU). Mr Bradshaw spoke to Express.co.uk about what could be expected from a UK-US trade deal. He pointed to one top import that had seen a lot of market growth and would be a great “opportunity” for the UK.

Mr Bradshaw said: “The US is an interesting market for us actually. They import a lot of cheddar cheese so that’s a market which has been in growth.

“There is an opportunity there but I think it all depends on the terms of those trade deals.

“If we’re able to protect our standards, as there’s been a huge debate about, then we’re not scared of a trade deal with anyone.

“But if the trade standards are going to be undermined, then it means we’re a lot more concerned about some of those trading relationships.”

British farmers have expressed concern that imports of foods and food stuffs from countries with lower animal welfare standards will be allowed post-Brexit.

The NFU has strongly advised the UK Government to set up a commission to handle such fears.

Even under President-elect Joe Biden, this may remain a problem in any future US-UK trade deal, as former Liberal Democrat leader Nick Clegg claims that Mr Biden told him explicitly that they “are not going to sign anything that the chicken farmers of Delaware don’t like”.

Additionally, the future American leader has warned that a deal will not be possible if the Brexit agreement threatens the integrity of the Irish border.

He told Express.co.uk: “The Japan trade deal is actually quite interesting because it’s a trade deal that really values quality and prominence.

“So they’re the type of country we need to look for.

“If you look east to countries like Singapore, places like Hong Kong, and then the growing economies of India and China, countries that really value traceability, prominence and quality, I think they’re the exciting markets.

“Those markets like India and China that are dramatically in growth and are becoming more westernised in their nature.

“I think those are really exciting markets for us to be looking to access in the future.”