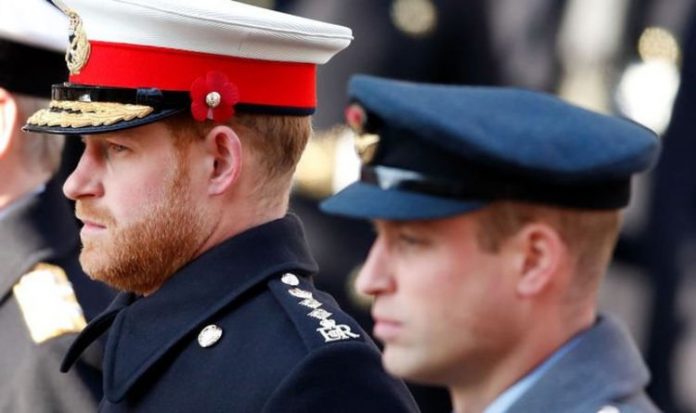 Omid Scobie, author of Finding Freedom, said on his Heirpod podcast: “I have heard rumblings that there is talk within Netflix about the possibility of whether the show can be extended.” He also said the show “becomes harder and harder for members of the Royal Family” to consider watching it as it progresses into more modern times.

Initial plans for the series involved stopping before the Duke of Cambridge, 38, and Duke of Sussex, 36, became adults.

This could potentially feature their partners, Kate Middleton, 38, and Meghan Markle, 39, now the Duchesses of Cambridge and Sussex respectively.

It was originally scheduled for five.

“Season 5 and 6 have now been confirmed.

“It was stated originally that the show would stop before William and Harry become adults.

“I have heard rumblings that there is talk within Netflix about the possibility of whether the show can be extended.”

Mr Scobie added: “When you think of how much controversy this present season has caused, this is going to be a presence in members of the Royal Family lives for some time.”

Royal fans have offered their support for the Duchess of Cornwall, 73, who was targeted by trolls after The Crown’s portrayal of her relationship with Prince Charles, 72.

The hashtag #DuchessOfCornwallAppreciationShoutout was used to showcase pictures of Camilla accompanied by supportive comments.

They wrote: “My girlfriend and I would like to give an extra #shoutout to our wonderful lovely Duchess of Cornwall!

“We love you, Camilla, and we greatly appreciate your passion and tireless work for the causes you support!

“You are amazing, beautiful and already the Queen of our hearts!

“Everyone is welcome to participate, share your favourite photo of Camilla, say something nice about her & tag a friend if you fancy!”

An Express.co.uk poll, which ran from 8.30am to 8pm on November 25, asked readers whether their views on Charles had changed over his portrayal in The Crown.