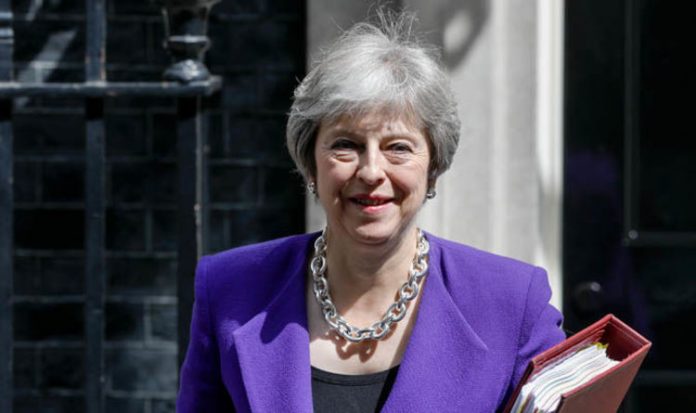 A report from the powerful Commons Home Affairs committee has seen MPs from both sides of the debate unite over criticising the vacuum in government policy on the crucial issue.

It follows revelations earlier this year by the Daily Express that the much delayed immigration bill will not contain a new policy on controlling the flow of migrants into Britain which is still well above the Tory commitment to bring it down to less than 100,000 net a year.

While the latest figures showed that net migration was down to the lowest figure since 2011, it still was 282,000.

In an interim report the Home Affairs committee described the lack of a policy direction as “regrettable” and a “missed opportunity.”

The report noted: “Continued delays to the publication of the White Paper on Immigration and the Immigration Bill has meant there is little indication of what immigration policy will be.

“Despite the fact that the issue was subject to heated and divisive debate during the referendum campaigns in 2016 the Government has not attempted to build consensus on immigration reform or consult the public over future migration policy in the two years since.”

The Committee has warned that migration policy “now risks being caught up in a rushed and highly politicised debate in the run up to the vote on the withdrawal agreement”.

And it has cautioned all those involved in the Brexit debate on the withdrawal agreement not to exploit or escalate tensions over immigration in the coming months.

Home Affairs Committee chairwoman Yvette Cooper MP, said: “Immigration was one of the central issues during the referendum and it divided the country, but sadly there has been no attempt by the Government to hold any kind of sensible debate on it or build any kind of consensus on immigration since.

“That is deeply disappointing and it has left a vacuum – and it’s really important that people don’t exploit that again.

“We are calling for a measured debate and consultation on immigration options instead.”

The report stated that options for future migration agreements include an “emergency brake” provision.

The committee said: “Within the EU and during transition there are further measures that could be taken, in particular on registration, enforcement, skills and labour market reform.

“As witnesses noted, the UK has opted not to take up measures which are possible.”

MPs said that an EU agreement with Ukraine allows for partial integration in the single market without requiring the free movement of people.

The committee also called on ministers to introduce a seasonal agricultural workers scheme as soon as possible.