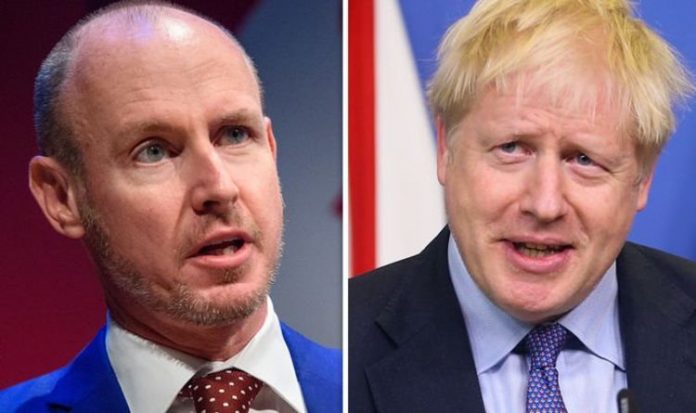 For the last 48 years, EU membership has constricted Britain’s ability to have decisions taken, policies set and laws made by people who are directly accountable for those choices. However, in less than two weeks, Britain will finally put an end to eurosceptic frustration and regain its independence. On December 31, the transition period will come to an end, meaning the country will say goodbye to the bloc and open a new chapter of its national history.

The EU and the UK’s negotiating teams have signed a free trade agreement on their future relationship today.

As Brexiteers around the country have already started celebrating, former Conservative MEP Daniel Hannan told Express.co.uk why Britain’s EU membership was doomed to fail right from the start.

Mr Hannan, who was recently nominated by Prime Minister Boris Johnson to the House of Lords, said: “Britain is a semi-European country.

“In a way that the other members struggle to understand.

“We always feel the tug go language and law, of culture and kingship pulling us from more distant continents.”

Moreover, the Brexiteer noted that constitutionally, Britain has also always been “the odd man out” in Europe.

He explained: “We were different with our voting system.

“We didn’t have a written constitution.

“We had a different legal system, which we shared only with Ireland.

JUST IN: UK leaders ‘accepted replacement of sterling’ with EURO

“And so when the EU drew on the shared traditions of its members, it was usually Britain that found that it didn’t match.”

Mr Hannan added: “If you went to the European Parliament as a Spaniard, it would be immediately recognisable.

“It is a hemicycle, a similar party system, similar electoral system.

“But if you come from Westminster everything feels completely alien.

“I am not saying it is anyone’s fault

“It is just that we were always the country that had to move the farthest in order to adapt to the mean.”

Mr Hannan’s comments were echoed by Vernon Bogdanor, one of Britain’s foremost constitutional experts, who in a 2019 talk at Yale University explained how Britain had even joined the European club for very different reasons than those of the six original member states.

He said: “Europe was coming to be seen as a way out of Britain’s strategic dilemmas, our economic dilemmas.

DON’T MISS:
UK leaders ‘accepted replacement of sterling’ with EURO [INSIGHT]
Guy Verhofstadt accused of being ‘self-proclaimed Brexit policeman’ [REVEALED]
Sturgeon to get ‘taste of her own medicine’ with Shetland Islands [EXCLUSIVE]

“The Fifties had seen an age of affluence and the ruling Conservatives had won the general election of 1959 with an increased majority on the slogan: ‘Life is better with the Conservatives, don’t debt Labour ruin it.’

“But soon afterwards doubts were set in, because it seemed that the six member states of the EEC were enjoying a higher rate of growth than Britain.

“There was a reappraisal of British economic policy, this time involving a greater degree of economic planning and an attempt to reach an agreement with the unions on wages policy.

“Entering Europe seemed an important part of this reappraisal because people argued that by providing competition in the larger market, it could help rejuvenate British industry.”

However, Mr Bogdanor noted: “All this meant that Britain was entering Europe for quite different reasons from those of the original Six.

“The original Six shared the view of Robert Schuman, the French Foreign Minister, that European powers shared a common destiny.

“Britain did not or only partially accepted that view.

“She joined because she had run out of alternatives, she was desperately seeking to avoid further slipping down in its international position. She joined, if you like, on the basis of a cost benefit analysis.”