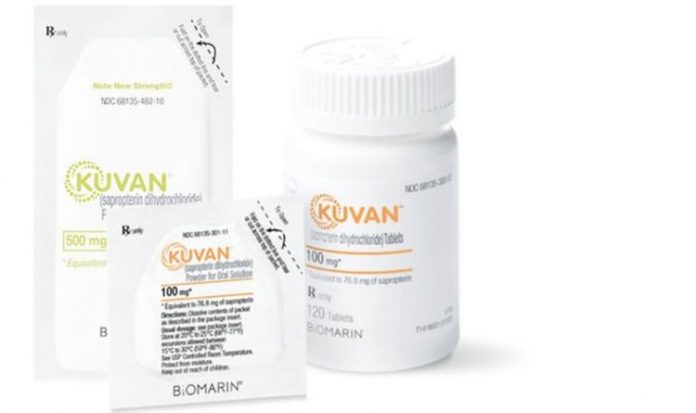 Anne-Marie and Ben Hoey spoke out as most of us look forward to a Christmas dinner with trimmings. Identical Georgie and Emmie will be eating only potatoes, peas and carrots because of their genetic illness, which affects their metabolism. If they eat too much protein they face learning disabilities, seizures, behavioural problems and mental health issues.

The Daily Express is fighting for the NHS to buy them and other PKU sufferers who would benefit the drug Kuvan, which would enable them to eat more protein.

Accountant Anne-Marie, 39, who has another daughter, Matilda, three, without PKU, said: “For most people, Christmas is a day to indulge yourself.

“But for adults or children with PKU it can be so hard as it just exag- gerates the difference between what they want and what they are allowed.”

Instead the family, from Ballymena, County Antrim, have to make Georgie and Emmie’s meals from special lowprotein ingredients, including a bread that’s available on prescription.

Doctors have told them that Kuvan, by US firm BioMarin, would make a huge difference. It costs £45,000 per adult per year and as low as £4,000 for a toddler.

But despite the fact it could help around 600 sufferers in the UK, the NHS has so far failed to buy it.

Last month we told how campaigners met NHS England officials to ask for a deal.

There is some hope as BioMarin’s patents expire in January, meaning rival firms can make their own, cheaper versions.

An NHS spokesman said: “We have repeatedly urged BioMarin to offer the drug at a fair price – a costeffective use of taxpayer money.”