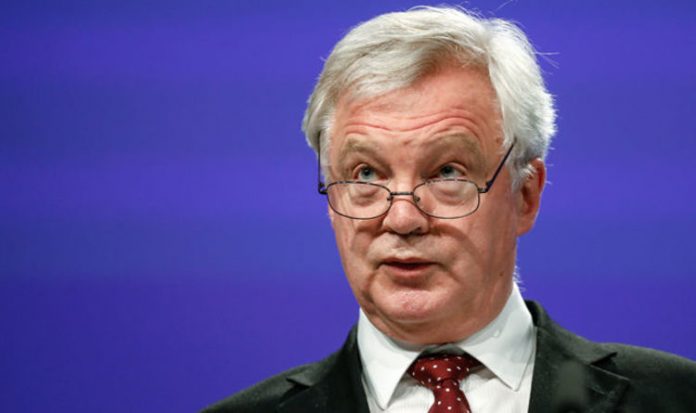 Mr Davis said: “It was an attempt to frighten the population into imagining the most terrible consequences of leaving the EU without a deal.

“Even more disgraceful, by doing so it will undermine the Governments hand in striking a deal.”

The criticism of his former Cabinet colleague came after Mr Hammond, in a letter to senior Conservative MP Nicky Morgan, who chairs parliament’s Treasury Select Committee, said a no deal Brexit could hit GDP by up to ten percent and borrowing could be £80 billion a year higher by 2033.

Mr Hammond wrote: “GDP impacts of this magnitude, were they to arise, would have large fiscal consequences.”

Mrs Morgan said of the letter: “The Chancellor has confirmed that the Government forecasts a disastrous hit to our economy and living standards in the event of a ‘no-deal’ Brexit.”

The letter was published hours after Brexit Secretary Dominic Raab released contingency plans to cope with a no deal departure from the European Union.

The documents urge people and businesses not to be alarmed, and say the government will work to “minimise any disruption to the economy.”

Mr Davis said: “The timing of his letter was either spectacularly incompetent or deliberate.”

Addressing nationwide concerns on Friday, Mr Raab told BBC Radio 4: “There are some risks here … but let’s not have the risks blown out of proportion and out of context.

“These technical notices and the ones that will follow are a sensible, measured and proportionate approach to minimising the impact of no deal on British firms, citizens, charities and public bodies.’