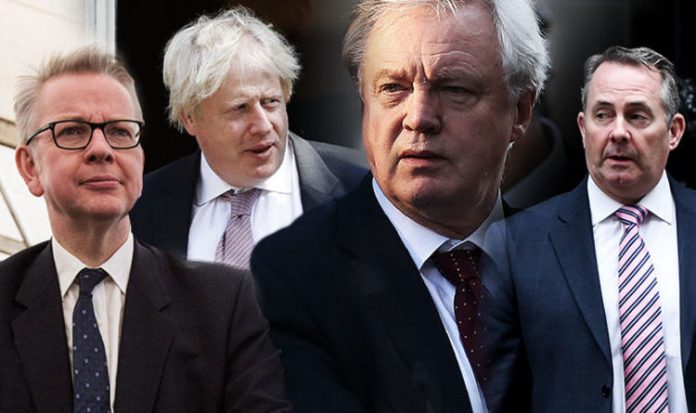 A Cabinet source confirmed there was a “private meeting” as leaks from the Prime Minister’s plan for the UK’s future relationship with the EU emerged.

Theresa May will propose a new plan on Friday to ease trade and give Britain more freedom to set tariffs after Brexit, in a last-ditch attempt to unite her divided Government on how to leave the European Union.

Her Downing Street office said Mrs May would unveil the “facilitated customs arrangement” to her ministers at her country residence Chequers, trying to secure an agreement to push on with all-but-stalled Brexit talks.

Even if she succeeds at Chequers, she must then struggle to reach a deal with the EU, or risk Britain crashing out of the bloc without one. That, businesses say, could be economically disastrous.

The Prime Minister is under increasing pressure from EU officials, companies and some lawmakers to move faster with the negotiations to leave the EU, a departure that will be Britain’s biggest trading and foreign policy shift in half a century.

The new plan would see Britain closely mirror EU rules, use technology to determine where goods will end up and therefore which tariffs should be applied, and hand Britain the freedom to set its own tariffs on incoming goods.

Aides suggest it offers “the best of both worlds”. A spokeswoman for May dismissed concerns the proposal would prevent Britain from striking trade deals with countries outside the EU.

She said: ”It is categorically untrue to suggest that we will not be able to strike a trade deal with the US.

“The PM has always been clear that we will seek a comprehensive and ambitious trade deal with the US.”

Friday’s meeting will not be plain sailing. Mrs May’s Brexit minister, David Davis, has sent her a letter describing the plan as “unworkable”, a source close to him said.

Those wanting a clean break from the EU fear being kept in the EU’s customs sphere, seeing it as a betrayal of Brexit that would curtail Britain’s freedom to negotiate deals with non-EU countries.

Tory MP Owen Paterson said: “We would be out of Europe but still run by Europe.”

Business minister Greg Clark said he was confident ministers would reach an agreement on future customs plans, with the government focused on supporting jobs.

Even if she finds agreement at home, Mrs May still faces the hard task of winning the support of the EU, which poured cold water on her previous suggestions for customs arrangements.

Today Mrs May met German Chancellor Angela Merkel in Berlin and restated her wish to negotiate a deep trade and security partnership after Brexit, her spokesman said.

Mrs Merkel again stressed it was the European Commission leading the Brexit negotiations, rather than member states. That may have dampened Mrs May’s hope of winning support from Germany before the Chequers meeting.

With the clock ticking towards a March departure date and passions running high, Mrs May needs to thrash out an agreement with Brussels urgently.

Mrs May was forced to ditch her preferred option for a customs partnership, which would have seen Britain collecting tariffs on goods entering the country on the EU’s behalf, under pressure from Brexit campaigners in her government.

They had backed a streamlined customs arrangement now known as “max fac”, which would see “trusted traders” allowed to cross borders freely with the aid of automated technology.

The “facilitated customs arrangement” is described by her aides as a way to use the best bits of both options.

Mrs May’s plan suggests there will be a type of customs union for physical goods, something that should please manufacturers. But based on the detail offered so far, there is little on how Britain’s much larger services sector would trade with the EU.

Several ministers suggested they would read over the plan later on Thursday, ready for a meeting which is expected to run late into the evening. Health minister Jeremy Hunt called for the cabinet to “get behind our prime minister”.

Hours before ministers began the journey to Chequers, a 16th-century manor house 40 miles (60km) northwest of London, businesses issued warnings of what impact their decisions could have.

Britain’s biggest carmaker Jaguar Land Rover said a chaotic Brexit would cost it £1.2 billion ($1.59 billion) a year, curtailing operations in the United Kingdom, while the retail industry said a “no deal” might see “food rotting at ports”.

General secretary Len McCluskey said in a statement: “Drop your red lines and secure a decent deal, one that is to the benefit of the working people of this country.”