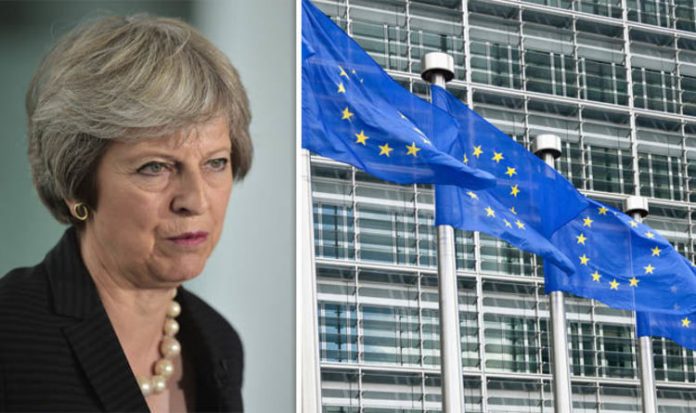 The Confederation of British Industry has urged Government to ensure those who are not “working, studying or self-sufficient” are made to leave.

The business lobby group, the largest in Britain, has backed maintaining close ties between the nation and the European Union.

But the group’s leaders are demanding an overhaul of UK immigration including scrapping targets.

Businesses need a new immigration policy, avoiding visas for EU citizens and putting migration on the table for trade talks, according to its new report Open And Controlled – A New Approach To Migration.

Evidence from 129,000 firms across 18 industry sectors in the report showed the importance of migration at all skill levels, said CBI deputy director-general Josh Hardie.

He called for “blunt targets” to be axed to enable companies to hire the staff they need.

He said: ”This is no longer a theoretical debate. “It’s about the future of our nation. Openness and control must not be presented as opposites.

“Scrapping blunt targets, ensuring all who come to the UK contribute and using the immigration dividend to support public services will add to public confidence.

“Many sectors are already facing shortages, from nurses to software engineers – so fast, sustainable, evidence-based action is needed.”

The report highlights how businesses do not just need “the brightest and best” immigrants, but different skill levels across many different sectors.

Mr Hardie outlined the contribution made by EU immigrants to building Britain’s houses – from labourers and electricians to architects – and in food and drink, starting with farm workers, through logistics and into hospitality.

He said: ”The stakes couldn’t be higher.

“Get it wrong, and the UK risks having too few people to run the NHS, pick fruit or deliver products to stores around the country.

“This would hurt us all – from the money in our pockets to our access to public services.

“The needs are more complex than only ensuring that the UK can attract the ‘brightest and best’.”

And he called for greater migration to be part of future trade negotiations to allow the UK economy to grow, as well as reform of the non-EU immigration system of visas.

He said: ”For Global Britain to succeed, the UK must send the right signals that show it remains open and welcoming to the world?.

“That means putting migration on the table in trade talks to get us a better deal, first with the EU and then other countries, where it is clear existing visa restrictions inhibit trade and foreign direct investment.”