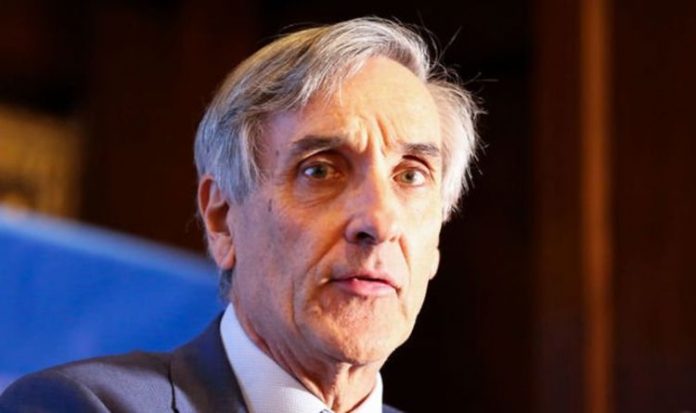 And Brexiteer Sir John Redwood has said the results highlight precisely why the bloc needs to make it as simple as possible to get goods into the UK – instead of its current “curious” attitude. The research, undertaken Censuswide for Eskenzi PR and Marketing, found of the 1,000 people surveyed living in the UK, 34 percent had stopped buying goods and services from the EU since the UK finally severed ties on December 31.

In the latest entry of his regular diary column on his website, Sir John, Tory MP for Wokingham, said: “It is curious if true that the EU is trying to impede exports to us as well as seeking to make our exports to them difficult.

“The UK has made clear it was not going to impose new barriers at our ports to get in the way of the substantial volume of imports from the EU that we have accepted, and is working with a grace period at our borders.

“Despite this there are reports of surcharges on card transactions and postal delays.

“It is also true that some continental websites have failed to collect UK VAT as required leading to an extra bill for the UK consumer who expected VAT to be included in the pricing.”

Sir John added: “I myself have long followed a policy of buying UK food items wherever possible, to cut the food miles and to back UK fishing and farming.

“My second choice is to import from a developing country who are in more need of the trade and who have warmer climates offering products we cannot grow here.”

Yvonne Eskenzi, co-founder, and director at Eskenzi PR said: “Following all the bad publicity around buying products from the EU post Brexit, it is clearly having an impact on consumer buying habits.

“It is evident to see that UK consumers are being put off buying goods from the EU due to the various complications Brexit has created.

“We can only hope that this is a temporary measure: post-Brexit Britain is still in its embryonic stage, and the true nature of our new relationship will have to be measured across the course of the following months – and indeed, years.”

The EU as a whole is the UK’s largest trading partner.

In 2019, UK exports to the EU were £294 billion (43 percent of all UK exports), House of Commons Library figures indicate.

However, the share of UK exports accounted for by the EU has generally fallen over time from 54 percent n 2002 to 43 percent in 2019.

The survey was conducted online by Censuswide with a representative sample of 1,000 UK consumers, between February 1 and February 3, 2021.