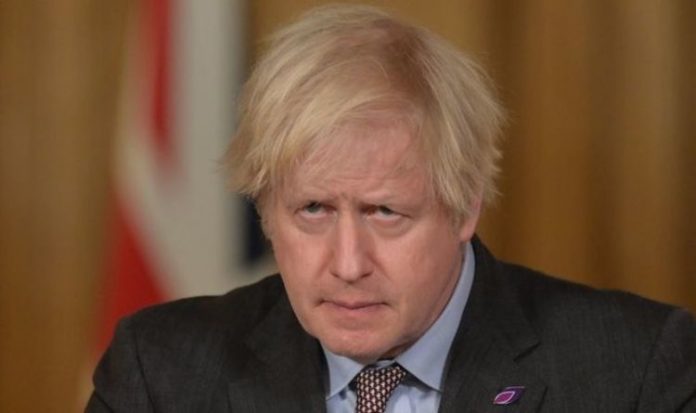 Despite opposing to a hard border on the island of Ireland throughout Brexit talks, the EU came close to creating one themselves last weekend. Amid an escalating row over the EU’s vaccine supplies, Brussels threatened to trigger Article 16 of the agreement – a move which would have introduced emergency trade measures on the island. Intending to block the transport of vaccines from the EU to the UK across the Irish border, the move was abandoned at the last minute after a furious backlash from Dublin, Belfast and London.

Former UKIP MEP David Campbell Bannerman has called on the Prime Minister to rework the Northern Ireland protocol in light of the incident.

The former MEP claimed it has been shown to be deeply flawed, as was illustrated by the EU’s threat.

Many firms in Northern Ireland have experienced struggles to trade due to the added paperwork for goods entering Ireland from Great Britain.

Mr Campbell Bannerman wrote in The Daily Telegraph: “The latest vaccine procurement calamity, so embarrassing for EU claims of the power of collectivism, has thrown the workings of the Northern Ireland Protocol, part of the Withdrawal Agreement, into sharp focus – or rather some of its non-workings.”

Due to the checks needed on goods passing from Northern Ireland to the EU, the former MEP stated Mr Johnson must look to reduce the customs regime.

He added: “I always thought there would be problems with the Withdrawal Agreement, but that we should leave the EU and establish the desired FTA first, then rework the WA in the light of what is technically a new deal.

“It is clear we need a much lighter touch customs regime which does not create such supply issues – after all, world customs practices are moving firmly towards intelligence-led checks, undertaken only if a consignment or operator is suspect.

“The port of Felixstowe in my former constituency works on just 4 per cent physical checks; Ireland even less.”

The suppliers were forced to cut delivery of the vaccine due to problems experienced at their production factory.

Although the EU has since revoked the threat, it will demand export declarations for vaccine supplies moving between Northern Ireland and the Republic.

DUP leader Arlene Foster said: “It’s absolutely disgraceful and I have to say the prime minister now needs to act very quickly to deal with the real trade flows that are being disrupted between Great Britain and Northern Ireland.

“We’ve been asking the PM to deal with the flow problems and, indeed since 1 January, we’ve been trying to manage along with the government the many, many difficulties that have arisen between Great Britain and Northern Ireland, and there are actions he could take immediately.