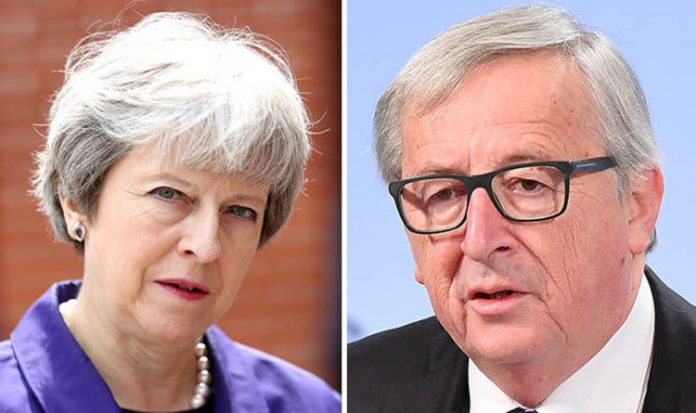 However a British MEP expressed scepticism over the meetings and stated that any compromise reached between the deadlocked Cabinet will likely be rejected by the EU regardless.

Speaking exclusively to Express.co.uk, independent MEP Nathan Gill said: “Whatever model we present to the EU it is likely they will reject it unless they have co-authored it.

“For them this would necessarily see the UK not being able to compete directly with the EU on trade as they desperately do not want to be undercut and proven uncompetitive.”

Mr Gill admitted some form of compromise will likely be reached at the crunch summit, but warned ongoing divisions within the Cabinet will aggravate the process.

He said: “They will reach a compromise as it is necessitated by political circumstance, but it may result in being a bitter pull to swallow for both sides.”

The EU lawmaker added the compromise the Cabinet will likely reach remains a mystery, as opposing ministers “find themselves in checkmate” between those who wish to remain largely aligned with the EU, and those who don’t.

He also warned the Brexit White Paper the Government is due to publish in the coming weeks will likely be “littered with vagaries”.

The European Commission President Jean-Claude Juncker criticised the British Government for the delays in clarifying their final customs proposals.

He said: “I don’t have to lecture Theresa May, but I would like our British friends to make clear their position.

“We cannot go on to live with a split cabinet. They have to say what they want and we will respond to that.”

While Theresa May is seeking to finalise the UK’s Brexit policy, notably on trade and the UK’s ongoing customs arrangements with the EU, any proposals presented to the European Commission could be rejected when the fractious negotiations continue.

Mr Gill suggested the only solution to the ongoing deadlock will be to develop a plan on an industry by industry basis.

He said: “The EU has maintained from the beginning there is no ‘half in’ the single market or ‘half in’ a customs union.

“So the final position is likely to address both by outlining plans on a sector by sector basis. This to me seems the only way around this.”

He noted the Brexit transition period, in which the UK remains aligned to EU regulations, could be extended while a new customs model outlining specific points of convergence and divergence is drawn up.

However he warned this would risk seriously delaying the Brexit process and could jeopardise the UK’s chances of striking trade agreements with third countries.

He said: “Each aspect would likely need to be debated in the Parliament which would take an incredibly long time.”

“This approach would risk other trading agreements with third countries who would want a clean slate to negotiate imports, particularly in agricultural products, which would likely be an area the EU would want to protect as it is a significant part of their export market, particularly to the UK.”