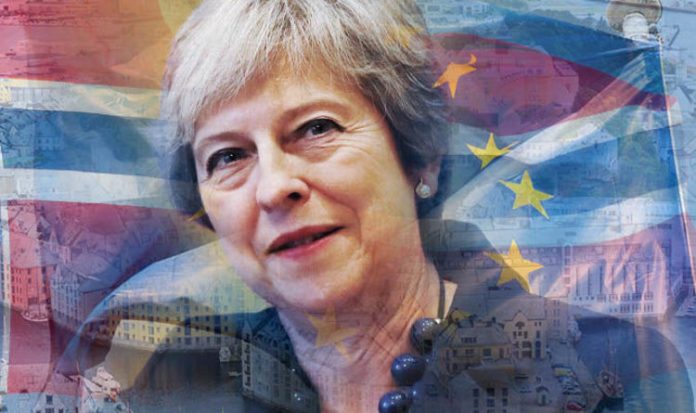 According to Norwegian news agency Norsk Telegrambyrå (NTB) the EU has approved a request from Britain to start negotiations with Norway and the three other EFTA/EEA countries Liechtenstein, Iceland and Switzerland.

Initially, Britain was not allowed to negotiate with third-party countries because it is still a member country of the EU.

But a special permit to start formal post-Brexit negotiations has allowed the UK to take a closer look at the so-called ‘Norway Model’.

The condition for the permission is, however, that the EU will be kept up to date throughout the process.

One challenge in the forthcoming negotiations is that Britain and the EU do not yet agree on the terms of their ‘divorce’.

Another challenge is that the EFTA member countries can not have the same monitoring, control and dispute resolution system as the EU member states, as it will mean Britain will be subject to the European Commission and the European Court of Justice.

Therefore, Britain must find a resolution with the EFTA countries where these tasks are left to a third-party authority.

EFTA, which governs free trade between Norway, Iceland, Liechtenstein and Switzerland, would allow the U.K. to apply for membership in the EEA.

This deal grants free access to the EU’s single market – and in the UK this has been dubbed the ‘Norway Model’.

What is the ’Norway Model’?

In an exclusive interview with Express.co.uk Francesco Moscone, professor of Economics at Brunel University London explains that the model would be able to preserve current trade ties with the EU and spare the UK from negative economic consequences until future trade relations with the EU are sorted out.

The professor said: “With the ‘Norway Model’ we refer to the membership of two key European organisations: The European Free Trade Association (EFTA) and European Economic Area (EEA).”

“Under this model, Britain would leave the EU to join EFTA to start trading with Norway, Lichtenstein, Iceland, and Switzerland; an economic bloc that has signed free trade deals with non-EU countries.

He added: “Britain will then become a full member of EEA, a trade bloc that brings together EU member states and the EFTA States (excluding Switzerland), in a single market referred to as the “Internal Market”.

“Being an EFTA-EEA country would keep Britain as close as possible to the EU, maintaining full, tariff-free access to the single market, while still being outside it.”

Will the UK adopt the ‘Norway Model’?

Mr Moscone told Express.co.uk a “Norway plus” model is a rational alternative to a possible no deal Brexit, because that would guarantee the least ‘economic upheaval’.

He said: “Historically, EEA membership was intended as a temporary transition to upgrade the nation to full EU membership.

“On the contrary, Britain may look at the Norway model, namely a soft Brexit, as a temporary transition towards a “UK plus” mode.

“However, it needs to be clear that while the EEA membership clearly shows some advantages, it also comes with some important shortcomings.”

Professor Moscone explained that the UK would be forced to follow EU commercial rules and accept decisions by the European Court of Justice without being able to condition these rules and decisions.

In addition, the UK would be required to accept free movement of people, a much debated and critical aspect in a country where immigration control has been one of the major driving forces behind Brexit.