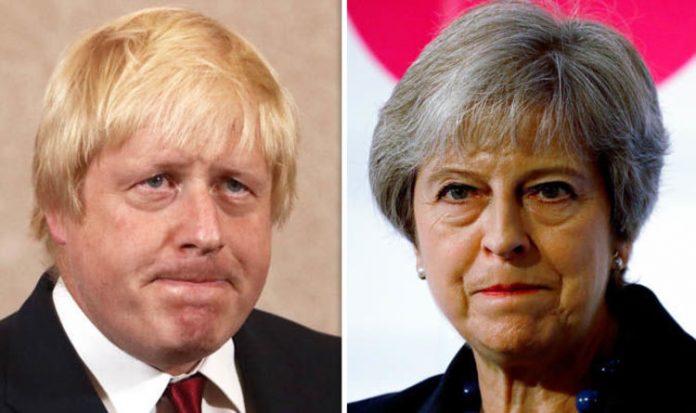 The dossier, which is being widely circulated by Tory MPs, suggests the backbench 1922 Committee may invite Mrs May to stand down “soon after March 2019”.

The document was written in April, but was recently re-circulated among Tory MPs as tension mounts over the looming Brexit deadline.

It advises Tory members to “manoeuvre immediately”, and outlines the pros and cons of Mrs May’s potential successors.

Among the Prime Minister’s strongest rivals is former Foreign Secretary and arch Brexiteer Boris Johnson, who has been vocally critical of her Chequers Brexit proposal.

According to the memo leaked to The Telegraph, Mr Johnson is the “bookies’ favourite”, but it warned the “front-runner never wins”.

It also described fellow Brexiteer and chairman of the Europe Research Group Jacob Rees-Mogg as the “party’s favourite”, but warned he was “unlikely to succeed to the last two”.

Among Mrs May’s more credible opponents, the memo described current Foreign Secretary Jeremy Hunt as a “dark horse near the front of the pack, coming up on the rail”.

It added Environment Secretary Michael Gove “remains on manoeuvres” and could be a “future Chancellor”.

The memo also raised the possibility of former Home Secretary Amber Rudd making a return to the frontline of Conservative politics, stating she is “credible, notwithstanding Windrush”.

Among those who reportedly have little prospect of progressing to the top job is Chancellor Philip Hammond, who “thinks he has a chance”, but in reality has “not a hope”.

Andrea Leadsom, who ran unsuccessfully against Mrs May in 2016, “intends to correct her errors” from the previous election campaign, but is “totally unsuitable”.

And former Brexit Secretary David Davis likely “won’t succeed” as it is “too late”.

The Prime Minister has repeatedly stated she is in the role for the “long term”, and has vowed to “deliver for the British people”.

She was aiming to assuage growing concerns within her party over Brexit by pitching her beleaguered Chequers proposal to EU leaders during a summit in Salzburg on Wednesday evening.

Facing growing resistance from EU chiefs, Mrs May declared there will be no second referendum, and that the UK will be leaving the EU on the 29th of March next year.