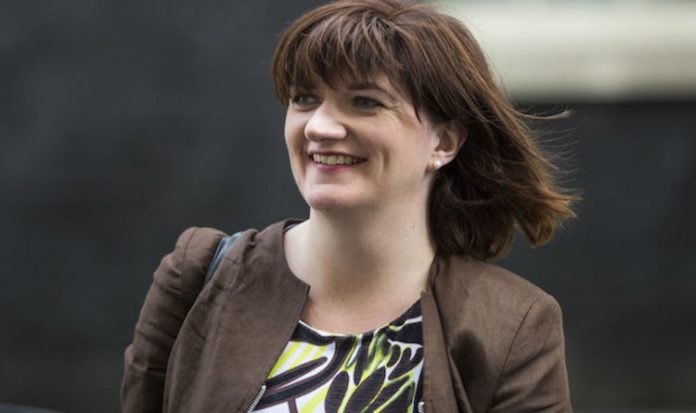 Nicky Morgan, chairwoman of the Commons Treasury select committee, spoke out after the government was accused by Brexiteers of seeking to panic the public by publishing assessments of a potential “no deal” scenario in March 2019.

Their complaints came after a planned series of papers exploring what would happen in the event of a “no deal” scenario – which were due to be released this summer – were scrapped.

The planned series of gloomy papers were put on hold after enraged Brexiteers said the series of documents would amount to “Project Fear 2.0”.

But their complaints are a U-turn from their previous stance, in which they demanded ministers spend billions on preparing the UK to split from the EU through a divorce bill.

Labour chairman of the Brexit Commons committee, Hilary Benn, tweeted: “Have I got this right? Those who have spent two years saying that “no deal” is not a problem are now complaining bitterly because the Government is quantifying what No Deal would actually mean.”

But former Education Secretary Mrs Morgan told Conservativehome: “There are far too many Conservatives at the moment whose eyes are shut and whose fingers are crossed as they hope for “something to turn up”.

“If we fatally undermine our economy, or turn a blind eye to its fate during the Brexit process, then the Conservative Party will write itself out of the political history of the UK.”

Ms Morgan believes that the Conservatives and Labour are “irretrievably split” over Brexit.

She urged tory MPs who are looking for a “soft” Brexit to speak up, following Theresa May making concessions to Jacob Rees-Mogg’s European Research Group (ERG).

Mrs Morgan said: “For many of us, the Prime Minister’s capitulation to the ERG amendments on the Customs Bill, which were intended to fatally undermine the Chequers proposals, was a watershed moment.”

Cabinet ministers are touring European capitals seeking to persuade them to offer Britain a better trade deal than currently on the table from Brussels.

Ministers are currently touring foreign countries in a bid to open dialogue on trade deals and persuade them to off the UK a better deal than what Brussels has Put on the table.

On Monday, Foreign Secretary Jeremy Hunt was in Beijing, where he claimed the country had offered a free trade deal to the UK post-Brexit.

He is due to visit Vienna and Paris in the coming days – but experts claim that China will not immediately make itself available to British firms on a large scale despite the new Foreign Secretary’s positive meeting in Beijing.