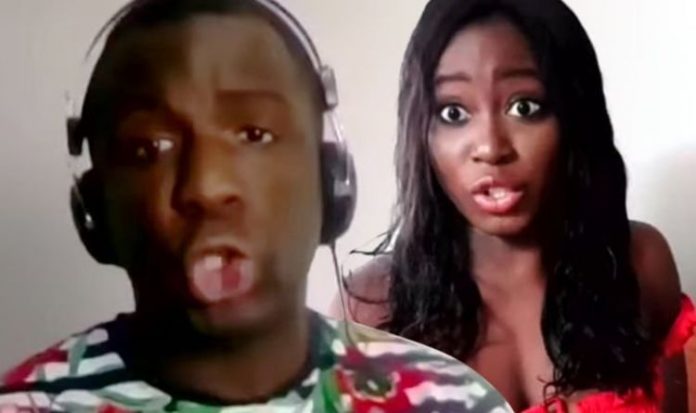 Brexit supporter and political commentator Esther Krakue entered into a heated row with Femi Oluwole while on talkRADIO. Mr Oluwole attempted to argue that more people were in favour of a second referendum at the time of the 2019 general election during their spat. Ms Krakue rubbished his claim and insisted the British public were very clear on whether they wanted to be part of the EU.

Mr Oluwole said: “52.7 percent of voters in the 2019 general election voted for parties whose manifesto committed solidly to a second referendum.”

Ms Krakue interrupted to say: “It was a simple yes or no, leave or remain.

“That is the only conversation that is worth having.

“They could have voted for other things in the manifestos of those parties, you do realise that?

DON’T MISS: Brexit panic: Boris Johnson warned of Rebellion if he gives in to EU

“The manifestos of these parties were not just based on one thing.

“If you are focussing on Brexit, the question was remain or leave and most people voted to leave, it is really that simple.”

Ms Krakue continued her rant, saying: “This is something people like to use saying the manifestos of all these parties had such and such about staying in the EU.

“We spent the last three years negotiating a Brexit deal and the people on the Brexit side disagreed with eachother so much that two of the three Brexit parties opposed Boris Johnson’s Brexit deal.

“The parties were the DUP who spent the last three years propping them up.

“The other party was the Brexit Party who opposed the Brexit deal and said we would rather remain than leave on those terms.

“Even now Boris Johnson is opposing his own Brexit deal and calling it unfair.

“He has been saying that political declaration means that we are tied to a sort of deal that people don’t actually want.

“When given the only opportunity to decide on different versions of Brexit most people chose parties that were pointing to a second referendum.”