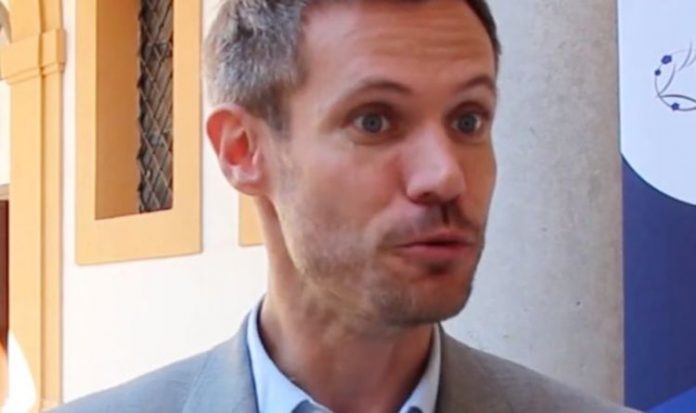 French MEP Pierre Karleskind and Barrie Deas of the National Federation of Fishermen’s Organisation clashed on BBC Radio 4’s Today programme over the future of fishing arrangements as the UK and the EU continue to negotiate a post-Brexit trade deal. Mr Deas argued Britain is seeking to reach a deal based on the arrangement Brussels has with Norway on fishing. But the French MEP claimed the UK Government is instead seeking to destroy EU fleets to build its own.

Mr Deas said: “What we’re seeking is actually what already exists between the EU and Norway.

“So what we’re asking for on the fishing side is nothing extraordinary, it’s just the normal pattern of behaviour between coastal states.

“It’s the EU that’s the outlier on this one.”

To which Mr Karleskind blasted: “That’s precisely what we want, the Norway model.

“The only thing is that before getting an agreement with Norway there were already fishermen from Europe going in the seas. Because there’s a history between us.

READ MORE: Barnier rages at UK for holding his nerve on fishing in Brexit talks

“Why do you want to destroy one third of the European fishing fleet to build your own? Just to build new vessels in the UK?

“This would be the result of the proposition under the UK Government.

“You don’t need to destroy one third of the European fishing fleet.”

On Wednesday, Michel Barnier warned the UK risks crashing out of the EU without a trade deal by refusing to compromise and break the deadlock in post-Brexit negotiations.

Brussels’ chief negotiator said that he is “worried and disappointed” after his counterpart in Downing Street, David Frost, did not make any concessions to end the impasse during informal talks.

The EU negotiator reiterated that a deal must be brokered by the “strict deadline” of the end of next month in order to have it in place for the close of the transition period on December 31.

Mr Barnier said: “We did not see any change in the position of the UK. This is why I express publicly that I am worried and I am disappointed because, frankly speaking, we have moved.

“If they don’t move on the issues which are the key issues of the EU, the level playing field, fisheries and governance, the UK will take itself the risk of a no-deal.”

Mr Barnier said the EU will not accept the livelihoods of fishermen and women being “used as a bargaining chip in these negotiations”.

And he said “good luck, good luck” to those who say leaving without a trade deal has opportunities.

“Frankly speaking, there is no reason to under-estimate the consequences for many people, many sectors, of a no deal – it will be a huge difference between a deal and a no deal,” he added.