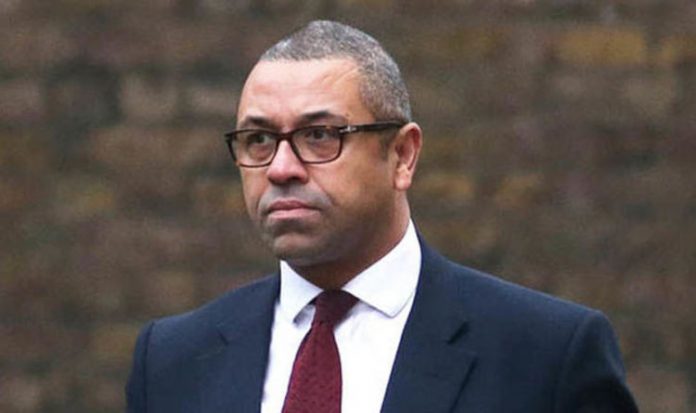 At a meeting for party activists last June, Catherine West warned of the danger of the return of “those horrible things that went on in 1939” as the UK prepares for Brexit next March.

She also claimed a backlash against Leave-backing politicians such as former Ukip leader Nigel Farage would “stop Brexit”.

A recording of her remarks emerged yesterday as the Labour conference in Liverpool held a crunch debate on Brexit.

Tory MP James Cleverly, a vice-chairman of the Conservative Party, said: “It’s outrageous that a Labour MP is equating people’s democratic decision to vote to leave the EU with Nazism and the views of the far right.

“These remarks show Labour have no respect for the views of millions of people who voted in good faith to leave the EU.

“Only the Conservatives are working to get the best Brexit deal for you, your family and the whole country, delivering on the referendum vote to get control of our money, borders and laws.”

Ms West made her comments at a conference organised by the Open Labour activist group in London last June.

She claimed the Brexit vote was driven by similar political forces to the rise of Donald Trump in the US, the “Far Right” in Italy and the “migration debate”.

“These are really the things that in the end I think will stop Brexit,” she said, describing Mr Farage and other Brexiteers as “Far Right”.

She added: “The trade union movement has always been in the correct position on fascism and always stood against fascism and I think, you know we’re organising locally in my own constituency a fantastic meeting with global secondary school kids, talking about the far-Right, the rise of the far-Right and what does it mean to them.

“This going to be, in my view, what will eventually stop Brexit because it will be a question of do we want to be on the right side of history or do we want to be standing up for our diverse communities.

“So that’s what I think, this is a real time to come together and fight the Right.”

Ms West, MP for Hornsey and Wood Green, yesterday insisted she stood by her comments.

She told the Daily Express: “I’ve always held the position that the EU and its forebears was part of the peace settlement after the Second World War.

“I’ve felt very strongly it has helped to keep the peace over the last 40 years.”

She added: “If the Tories are picking on people like me, they must be really worried.”