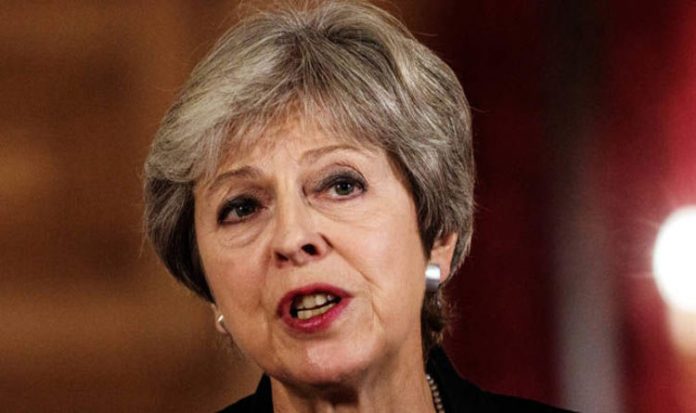 Ahead of the Labour leader’s keynote speech at the conference in Liverpool, the Prime Minister issued a stark warning that his hard left policies will damage Britain.

Speaking to journalists in New York, she said: “On Jeremy Corbyn and the policies we are seeing coming out of the Labour Party, I think frankly what we are seeing are policies that would not be good for the economy.

“They are policies that would lead – as we’ve heard from others in business – to loss of jobs and probably loss of investment in the UK.

“And if we’re going to build that brighter future, create the jobs that ensure we have an economy working for everyone, we need that investment and we need those jobs being created by business.”

Highlighting shadow Chancellor John McDonnell’s plans to nationalise vast swathes of British industry, raise taxes and introduce compulsory shared ownership for workers in companies, she warned: “John McDonnell’s proposal would be both a tax on companies and potentially on people.

“What he’s saying is if this is given to people he’ll cap the amount that people can actually take out of it (a company) and the rest of it will go to the state.

But the Prime Minister reserved her harshest criticism for Labour’s Brexit policy which has changed at least 15 times in the last year.

She warned that Jeremy Corbyn would give in to Brussels while trying to vote down any deal she strikes for political gain.

The Prime Minister said: “Labour will oppose any deal I bring back regardless of how good it is for the UK.

“But they will accept any deal the EU gives regardless of how bad it is for the UK.

Her comments come in a week where Labour backed a second referendum at the conference, although without an option to Remain.

Mr Corbyn has also made it clear that Labour will oppose any deal that does not meet six leftwing tests but he has ruled out exiting the EU with no deal in a move which would force Britain to accept whatever the EU is willing to offer.