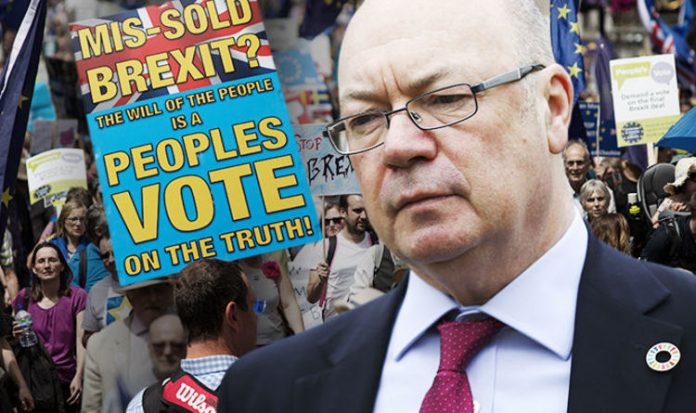 Alistair Burt has come under fire for asking voters for a second referendum (Image: NC )

Tory frontbencher Alistair Burt, who backed the Remain campaign in the run up to the 2016 in-or-out poll, launched a survey on his constituency website seeking local views on the possibility of a re-run of the historic vote on the UK’s links with Brussels.

He said he wanted to gauge opinion in his North East Bedfordshire patch after a number of constituents had contacted his office to express “anger and concern” about the progress with the country’s withdrawal from the EU.

But Eurosceptic Tory MPs accused him of breaching government policy given Theresa May’s repeated rejection of demands for a second EU referendum.

Tory MP and Leave campaigner Andrew Bridgen said: “Alistair Burt is an arch-Europhile. I hope this is not an indication of the way Government policy is heading.

“We haven’t yet implemented the will of the people from the first referendum.

“I am not finding anyone in North West Leicestershire asking me for a second referendum.

“In fact, I am getting a lot of Remain voters telling me that the way the negotiations are going mean we cannot stay in the EU.

“They say that Brussels would treat us as a doormat if we stayed so we have got to get out.”

“If he wants to keep his job, he should remove this survey immediately.”

A message on Mr Burt’s website said: “As discussions on Brexit continue, I have received many emails from constituents – on both sides of the debate – angry and concerned about how this process is progressing.

“I am keen to hear your views, and would be interested to see your answers to the questions below.”

The survey then asked constituents to answer “yes” or “no” to the question: “Do you support a further vote on the referendum?”

A second question asked: “If there was a further vote, what should it cover?”

Four options were put forward by the website including a vote on the final deal, a re-run of the original referendum with in-out choices, a choice between three options of ‘hard’ Brexit, ‘soft’ Brexit or remaining in the EU, or having no further vote. 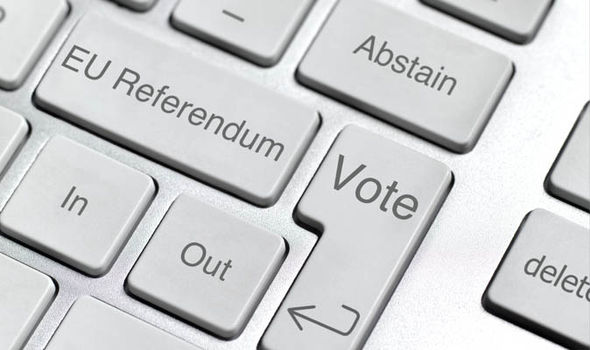 A second EU referendum in a new survey was posted (Image: GETTY )

A growing number of Eurosceptic Tories are concerned that the Prime Minister will come under pressure to grant a second referendum given the support for the move at the Westminster.

Dozens of MPs from all the main political parties have backed the People’s Vote campaign demanding a fresh poll even though both the Tory and Labour leaderships are opposed to the idea.

Following yesterday’s outcry, Mr Burt later updated his website to insist he was not in favour of a second referendum.

He wrote: “In view of the interest shown in the Brexit Survey I launched recently, I have made it clear to constituents who have written to me that I do not favour a second referendum.”

Mr Burt also acknowledged a second referendum “would not settle the issue” and suggested a narrow vote to Remain could lead to calls for yet another poll.

“Neither the UK nor the EU benefits from prolonged, generational uncertainty of the UK seemingly unable to make its mind up,” he said

Mr Burt added: “I have made repeatedly clear that the best way forward is to recognise that the UK remains deeply but almost evenly divided on the issue of membership of the EU.

“In 40 years of support for it, I and others have not been able to persuade the UK of its merits. I remain sorry about that, but accept it.

“And there’s no going back. We should make the best of our situation and find a resolution for the best for both the UK and the EU and I am wholeheartedly behind the PM’s efforts to do so.

“However, my constituents are entitled to their opinions and I’m entitled to ask what they are, through a simple survey with a variety of options. That’s all I have sought to do, and the survey has been out for some time with no adverse comment.”

In the referendum on the UK’s membership of the EU in June 2016, 17.4million people voted to Leave the bloc while 16.1million voted to Remain.