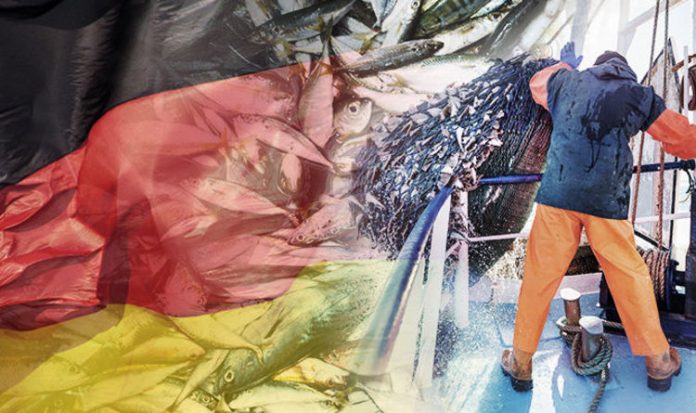 Furious Uwe Richter, head of the EuroBaltic fish factory in Sassnitz, has demanded the ban be challenged so that Germany can continue to profit from the wealth of the UK’s waters after the nation leaves the bloc in March next year.

He raged: “Not only the fishermen are startled, but also their customers!”

Mr Richter’s plight is backed up by Werner Kuhn, vice-chairman of the EU Committee on Fisheries and the Federation of Coastal Fishermen, who together have taken their case to the bloc in an attempt to overturn the ban.

But the demands of Mr Kuhn, who is also a member of the European Parliament, do not stop there.

He has also launched a petition to demand a quota for herring in protest of a looming block on fishing in the Baltic Sea to soften the blow.

He said: “Socio-economic aspects must play a role in setting the quota.”

The ban is for eel fishing in the Baltic region and follows crucial research by scientists that has revealed the European eel species is on the knife edge of extinction.

Brussels stepped in and ordered a one-year eel fishing ban on the area to give the creatures a chance to breed themselves out of trouble.

The move, some EU fisheries ahem argued, would affect 50 companies and 200 fishermen and women in Germany, Sweden and Denmark.

Sassnitz is one of the largest fish processors in Europe, with an annual production of up to 50,000 tonnes of herring from the North and Baltic Seas.

All of the produce comes from waters affected by Brexit as the Baltic is part of Britain’s historic trade route.

Mr Richter emphasised this before insisting the EU and UK come to a compromise to allow member states access to the waters following Britain’s departure from Brussels and a free trade agreement.

He said: “The now-negotiated maintenance of the status quo with the UK by 2020 is an intermediate step.”

Due to lack of offspring putting the species at risk, scientists have called on a one-year suspension of herring fisheries in the Baltic Sea.