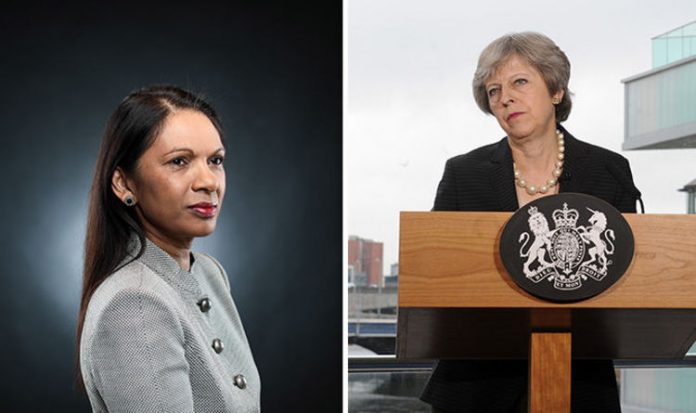 Campaigner Ms Miller said a new political party will not help the Brexit situation nor a general election but the people of the UK should still be given a “clean vote” on the options of a Brexit deal.

Ms Miller led the fight to allow parliament to vote on whether the UK could start the process of leaving the EU.

She also called for 16 and 17-year-olds to be allowed to vote as the consequences of Brexit will be felt by them their entire lives.

Ms Miller said another political party will just result in the “jostling for position by big egos”.

Writing in the Guardian Comment section today, she said politicians are the “servants” and not “masters”.

The businesswoman said: “The British are a people who are generally happy, under normal circumstances, to trust politicians to tell us the truth and to leave them to run the country as we get on with our lives.

“But we reserve the right, always, to make it clear that they are our servants, not our masters, and, when necessary, we can and will take charge.

“We now wish to exercise that right with a referendum on the options facing Britain once the prime minister has negotiated her deal.”

She claimed the political classes had let the country down and another general election would just leave the country with a “choice of Brexit, Brexit and still more Brexit”.

She said: “If our generation fails to put up a proper fight, the generation that follows us will neither forgive nor forget, as theirs will be a diminished and, quite probably, dismantled United Kingdom.

“Leaving the EU is only the first phase of the Brexiteer agenda to shake us free of the laws, rules and rights that many see as a constraint on the implementation of their frighteningly rightwing vision of Darwinian capitalism.”

Theresa May has cut short her summer holiday to Italy to try and rescue Brexit negotiations with Emmanuel Macron.