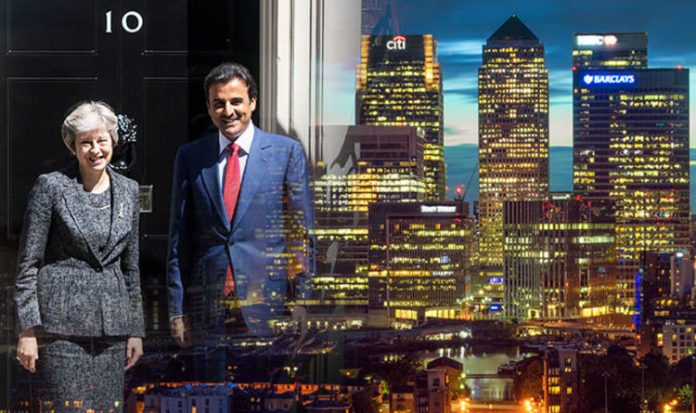 Doha’s investors are far from afraid of Brexit-related scaremongering and said they had already investing more than they had planned due to UK opportunities.

The Gulf state has injected some £1.1 billion into British infrastructure projects and £1.7 billion into real estate ones, according to Qatari officials.

These investments are part of a larger venture pledge made last March by Qatar, the world’s richest nation per capita, with a GDP of £127.67 ($167.61) billion.

In a vote of confidence to the UK, Doha pledged to invest a total of £5 billion over 36 months.

Ali Sharif al-Emadi, Qatar’s finance minister, said: “We committed we would do £5 billion in three years and we are already ahead of this.

“We expect during the next few months we are going to do more investments.”

He said: “I always have this feeling the UK economy will remain strong, it will be a key factor for us, for the region.

“If we see good opportunities, we will not limit ourselves to any certain amount.”

Qatar’s investments into the British market has been steady in the last years, even through the ongoing diplomatic crisis which currently sees Qatar involved in a war of world with Saudi Arabia, the United Arab Emirates, Egypt and Bahrain.

Qatar denied the allegations and defended itself claiming it helped the United States in its war on terrorism hosting the biggest US military base in the Middle East and supporting the ongoing military intervention against ISIS.

But the countries severed diplomatic and transport links to Doha in June 2017.

This move rocked Qatar’s economy, as the nation heavily depends on imports and the lack of relations with neighbouring countries disrupted the arrival of supplies.

The Qatar Investment Authority (QIA) was forced to bring more than £15.23 billion ($20 billion) in overseas deposits back onshore to cushion the impact of the blockade and provide liquidity in the banking system.

Mr Emadi said Qatar was “over the blockade” and explained the QIA, which was behind most of the investments in the UK, had continued to be active throughout the crisis.

He added: “Even during the blockade, we never said we were going to stop investing, we have been busy.”

The QIA owns a number of assets in Britain, including the Shard building, Harrods department store and some stakes in the London Stock Exchange.