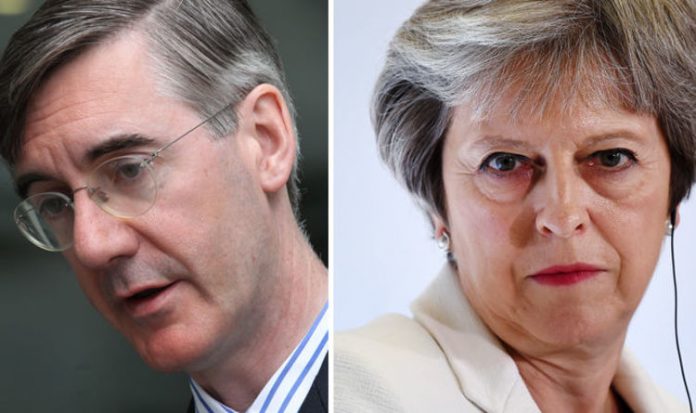 The MP for North East Somerset said Britain voted three times to sever its ties with the European Union.

Two of the most recent vote were the General Election and the 2016 referendum.

Mr Rees-Mogg said: “There were actually three votes around the referendum.

More than 80 percent of the total votes in the 2017 General Election were cast for either Labour or the Conservatives.

Both parties promised they would pull Britain out of the EU and respect the referendum result if they formed a Government.

Mr Rees Mogg continued: “I think that’s important, and I think democracy ought to be respected.”

Speaking at an event organised by the Independent, the MP said that any attempt to undermine the democratic decision to leave through a second referendum would be undemocratic.

He added: “My view is that you have to implement the vote that has taken place.

“We have had a referendum and the result is to Leave.

“I think the idea that you should have a referendum until you get the result you want is undemocratic.”

But while the MP has long been an advocate for cessation from Brussels, he said there could be the possibility of Britain voting to return to Europe in the future.

He said: “Do I think that at some point in the future British people would be entitled to have a referendum to rejoin the European Union?

“We may decide in 30 years time that it is in the national interest.”